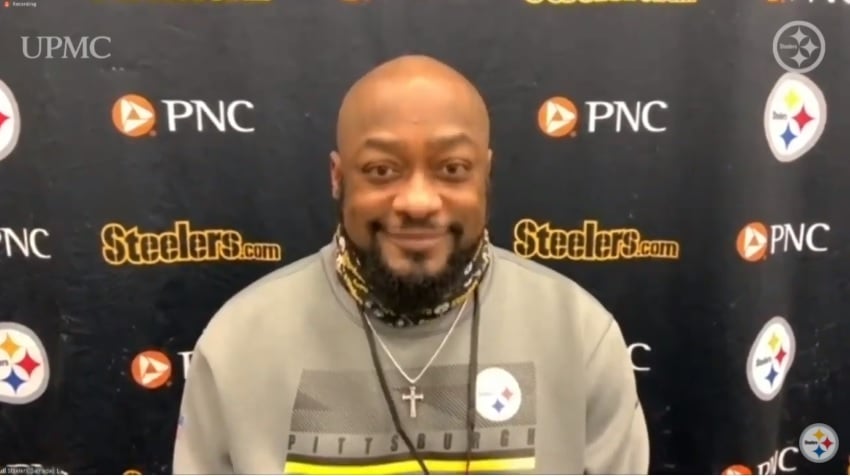 After a one-and-done 2020 season and years removed from their last playoff victory, Mike Tomlin has taken a fall in offseason head coach rankings. But not Sports Illustrated’s. Author Connor Orr still has Tomlin in a top spot and in what’s probably a minority opinion, believes Tomlin is trending in the right direction.

He named Tomlin the third best head coach in the NFL, only trailing Bill Belichick and Andy Reid. He also assigned a number 1-10 of the strength of each head coach’s staffs, giving Tomlin and the Steelers a score of seven.

Here’s what Orr wrote about Tomlin.

“Tomlin has yet to have a losing season as an NFL head coach, and while the new 17-game season will eliminate the .500 season (he has finished 8–8 three times during his tenure) there is little doubt that streak will continue, seeing as he staved off a losing campaign with the Mason Rudolph/Duck Hodges QB tandem. The transition period beyond Ben Roethlisberger will certainly play into Tomlin’s legacy, although his track record as a leader during turbulent times and as a defensive coordinator with a timeless system and keen eye for talent are unmistakable.”

It’s true that Tomlin’s streak is impressive and puts him in rare company. There were several seasons where that streak was in jeopardy of falling. The 0-4 start in 2013. Losing Ben Roethlisberger six quarters in 2019. Even his first season of inheriting a 6-10 team trying to find itself again. But the Steelers don’t hang banners for going .500. They do it for Super Bowls and the Steelers haven’t been close in far too long. Just three postseason victories since their last Super Bowl appearance in 2010, their last coming in 2016 when they were blown out in the AFC Title Game against the Patriots (again).

Orr concludes by noting Tomlin’s consistency makes him one of the game’s best coaches.

“Tomlin’s strength is his remarkable consistency, which was highlighted during a pandemic year when Pittsburgh managed to win 13 games despite an often chaotic, musical-chairs element to their regular-season schedule.”

For the record, the Steelers won just twelve games, not thirteen, finishing 12-4 after an 11-0 start. But last season sort of summed up the last decade of this team. Strong regular seasons that quickly fizzle out in the playoffs. The 2011 loss to Tim Tebow and the Broncos. 2017’s upset defeat at the hands of Blake Bortles and the Jaguars. And last year’s depressing Wild Card Game against Baker Mayfield and the Browns.

Tomlin is still a good coach. And he’ll be the Steelers’ head coach for the foreseeable future. But based on more-than-just-recent history, it’s hard to keep him on the podium like Orr does. And with Roethlisberger’s looming retirement, even harder to claim he’s on an upward trend.