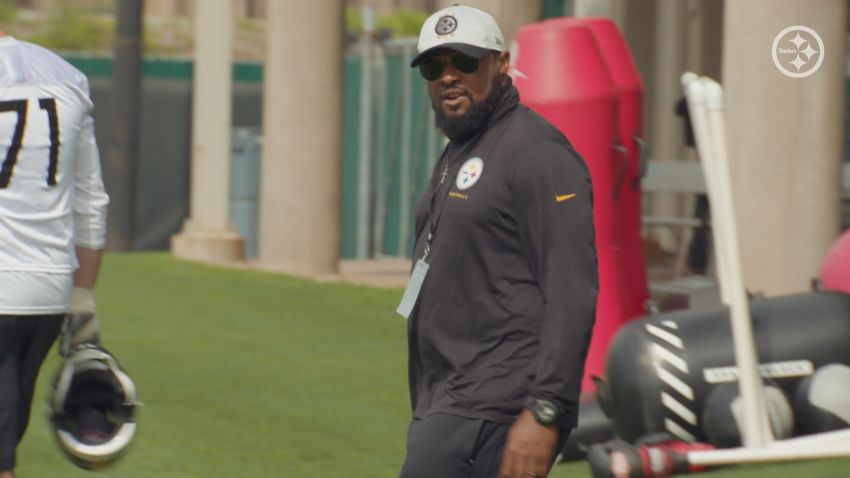 Mike Tomlin made the top ten of CBS’ list of the Top 32 coaches in the NFL. But just barely. He came in right at that #10 spot, a relatively low ranking compared to where he’s normally been slotted over the years. Consider that a product of the Steelers’ lack of recent success, failing to win a playoff game since 2017.

Author Cody Benjamin explains why he put Tomlin at #10.

“Fourteen years and not a single losing season means Tomlin is an absolute master at keeping his players invested. His teams simply do not bottom out. His defensive touch and locker-room chemistry remain evident. But he’s not exactly thrived with in-game decisions, and Pittsburgh has tended to fizzle out down the stretch, going 3-6 in the playoffs since losing the Super Bowl in 2010.”

There’s no question Tomlin’s ability to keep the locker room and guys buying is one of his best and most remarkable traits, no small feat for a coach who has been in the league for as long as he has. Being a head coach means juggling personalities, conflict, the highs and lows, and keeping everyone together. Lose a couple of key vets and you lose the entire team. Tomlin never has.

But that hasn’t translated to enough on-field success either. Sure, the Steelers remain competitive and Tomlin’s “never had a losing season” claim remains true. But come the postseason, Pittsburgh’s been either watching from home or been one-and-done. As Benjamin noted and as we wrote immediately after the Steelers’ Wild Card loss to the Browns, the team is just 3-6 in the playoffs since their Super Bowl loss to Green Bay. They haven’t won a playoff game since 2017, ending that year by getting blown out by Tom Brady (again) in the AFC Championship game (again).

2021 will be an even tougher climb with key free agent losses like CB Mike Hilton, OLB Bud Dupree, and CB Steven Nelson. The offensive line has been completely revamped, for better or worse, it’s hard to say, and Ben Roethlisberger is one year closer to retirement. This could be his last season.

Still, Tomlin was given a long-term contract extension earlier in the offseason, declaring him as the face of the franchise for the post-Roethlisberger/Kevin Colbert era. After this season, Tomlin may begin to do one thing he’s never had to do in Pittsburgh before. Rebuild this team. And it could cause him to fall down even further in offseason power rankings like this.