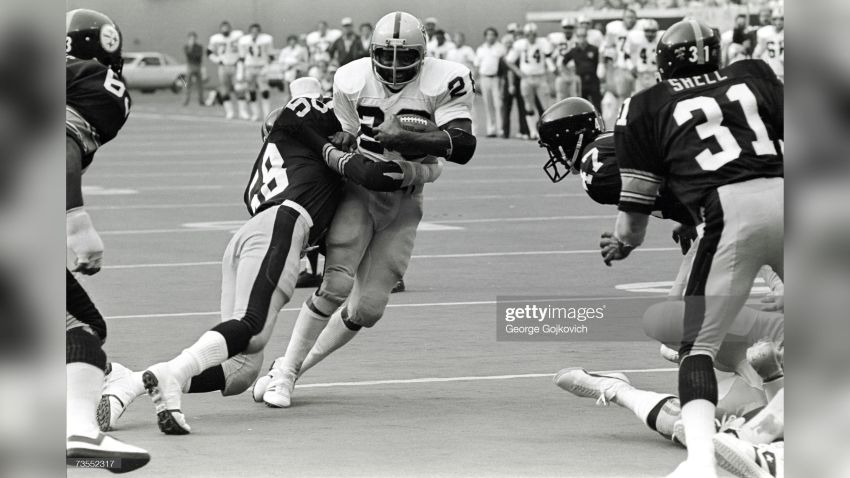 The Pittsburgh Steelers’ defensive starting lineup, at least through their second set of Super Bowl victories, was truly unparallel in terms of individual and collective achievement. Boasting (soon to be) five Hall of Famers, all original acquisitions, as well as others of great renown, there’s a reason the ‘Steel Curtain’ defense of that era has rare distinction in the annals of NFL history.

Featuring legendary players at every level—Joe Greene up front, Jack Hamm and Jack Lambert in the middle, and Mel Blount in the secondary—these four Hall of Famers welcome the fifth member of the gold jacket club shortly, as safety Donnie Shell enters Canton alongside them.

Undrafted out of South Carolina State in 1974, Shell would serve as nickel back early in his career before moving into the starting lineup in 1977, retiring with 51 career interceptions. But he understands the remarkable talent with which he played, including his star in the secondary, Blount, with who, he says, “it was great” to play.

“He was a great physical specimen. About 6’4”, about 220, and ran a great time in the 40. 4.5, 4.4. Had long arms.”, Shell said of the reason defensive backs can’t throw receivers around anymore, via video of his media availability session for the Hall of Fame festivities, provided by the team’s media department. “And one of Mel’s great assets was his catch-up speed. I’ve seen him let receivers run two yards by him, and he would suck the quarterback in to throw it to that receiver, and he’d run and intercept the ball”.

Of course, relationships that last that long almost always go beyond mutual professional interests. Blount and Shell worked wonders on the field together, but he also encouraged Shell to do the same off the field, coaxing him into working with him in his post-football project, the Mel Blount Youth Home.

“Regarding the Mel Blount Youth Home in Pittsburgh. He does a tremendous job. Got me involved in helping young people”, Shell said. “He’d say, ‘come on man, be on my advisory board. I’m gonna start Mel Blount’s Youth Home. I said, ‘man, you can’t work with young kids, they’re so hard-headed’. He said, ‘oh no, just come on out here, you can help them’. I’ve got a lot of respect for Mel”.

Shell does his own work as well, of course, through the Donnie Shell Scholarship Foundation. It is a scholarship program that he established to help provide financial aid to those seeking to attend his alma mater, the HBCU South Carolina State, a position he himself was in those many years ago.

Do good off the field, and you are empowered, financially and through other means, to do good off of it. While ‘players behaving badly’ is unfortunately what makes the headlines—you should see the numbers Devin Bush Twitter articles do—it is really the work of programs like the Mel Blount Youth Home and the Donnie Shell Scholarship Foundation that should, but does not, draw the attention.