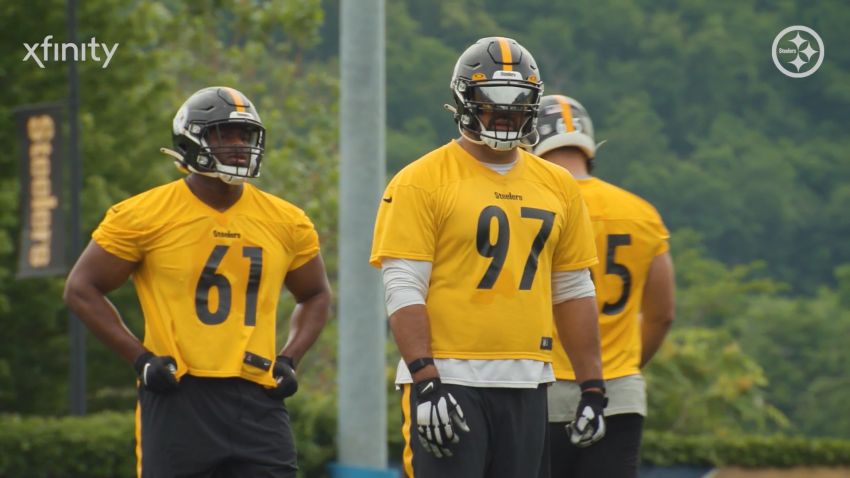 Following the surprising and sudden retirement of Pittsburgh Steelers’ veteran inside linebacker Vince Williams Wednesday, the depth on the defensive side of the football at the inside linebacker position took a significant hit on paper and in the locker room.

Despite the shocking departure, it remains business as usual for the Steelers and veteran defensive captain Cameron Heyward, who said guys will have to step up amid depth concerns that are nothing new in today’s NFL.

Heyward and Williams had a special connection on the Steelers’ defense as the two longest-tenured starters on that side of the football, coming into the league two years apart. When the Steelers re-signed Williams in mid-April following his release due to salary cap constraints in March, Heyward was one of the first ones to jump on twitter and celebrate the return of a man he has called a leader and key piece of the defense, a guy who gives the Steelers’ defense their edge.

And y’all thought @VinnyVidiVici98 was going somewhere else. SIKE!!! Glad ou staying my brother! Back to work! pic.twitter.com/We3cQVEzAL

No though, it’s truly over for Williams and the Steelers as the veteran informed the Steelers Wednesday morning of his decision to retire prior to reporting to training camp at Heinz Field. Depth issues certainly arise now at inside linebacker again behind Devin Bush and Robert Spillane, as the Steelers could be counting on Marcus Allen, Ulysees Gilbert III and rookie Buddy Johnson as the main depth at a position that was hampered by injuries last season though.

“There’s always going to be concerns about depth because there’s new players that are coming in,” Heyward said to reporters Friday. “Vince has always been a hell of a teammate and a hell of a guy. So, it’s up for other guys to step up. You know, we get a guy like Devin [Bush] back. You’ve got a guy like Spillane, but then you look at a guy like Uli [Gilbert] coming in, we see who they can bounce with.”

Of course Heyward is going to always say the right thing in these media scrums as the leader of the defense, pointing out that Gilbert returns this year from yet another back injury, and a new guy like Johnson is in the mix now. He’s right in the fact that the young guys are going to have to step up and seize the opportunity in front of them, but there’s no denying this team now has some concerning depth issues across the board on the defensive side of the football.

Pittsburgh did re-sign former UDFA Calvin Bundage, who was previously released on July 20. The Oklahoma State product is at least familiar with the coaches and the scheme overall, but he’s not the answer at depth at inside linebacker. I’ve mentioned the name before on twitter following Williams’ retirement, but it makes sense for the Steelers to at least kick the tires on Avery Williamson again, at least to shore up depth at the most important position on the defense.