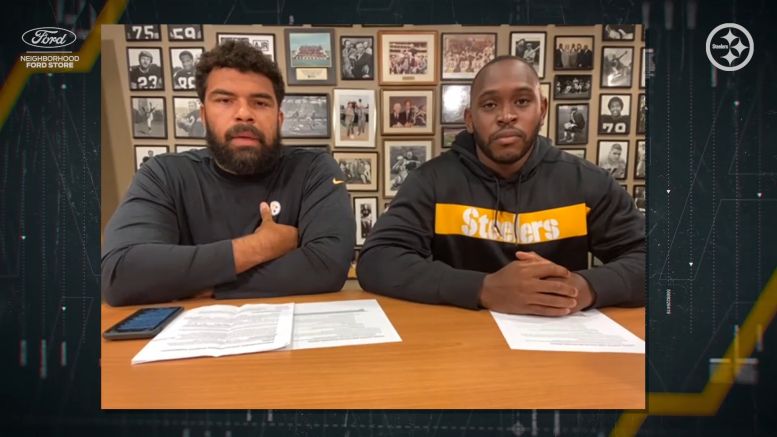 The Pittsburgh Steelers officially announced on Thursday morning that they have signed inside linebacker Vince Williams after cutting the former sixth-round selection out of Florida State roughly a month ago. As you can probably imagine, several Steelers were excited to learn on Wednesday that Williams is returning. Defensive captain Cameron Heyward showed by his reaction below on Twitter that he’s a part of that group.

And y’all thought @VinnyVidiVici98 was going somewhere else. SIKE!!! Glad ou staying my brother! Back to work! pic.twitter.com/We3cQVEzAL

Heyward had noted during the 2020 season how Williams is one of the team’s defensive pieces that the team counts on. His comments came on the heels of Williams missing a few games on the COVID list.

“He’s our Mike. He’s been doing it for a while. He’s one of our defensive stalwarts that we can rely on,” Heyward told reporters last season when talking about what it would mean to get Williams back on the field “It was a little bit of an adjustment having him gone. Obviously, you want to plug guys in and be able to not miss a beat, but for Vince, he doesn’t miss a lot of games. He’s a guy you can count on.”

After Williams tested positive for COVID-19 last season, it took him some time to recover. He spent nearly two weeks on the Reserve/COVID-19 List after battling symptoms that he mentioned dealing with on social media. He missed two games during that time, which, coupled with other injuries at the position, posed a major problem for the Steelers.

Williams was originally scheduled to make $4 million in 2021. But the Steelers terminated his contract at the start of the new league year roughly a month ago. While Williams reportedly had offers to sign elsewhere these last several weeks, he ultimately chose to return to the Steelers, and likely for very obvious reasons.

While we don’t know the specifics related to Williams’ one-year contract that he has now signed, odds are could that it is worth right around $1.075 million, the NFL minimum for players with his number of credited seasons. Heyward, as evidenced by his Wednesday tweet, could care less what Williams signed for. He’s just glad to have the experienced player back in the fold again, as he surely knows what him returning will mean to the younger players on the defense.

“The younger guys are still coming along,” Heyward admitted last season. “Having him [Williams] back only benefits the group in terms of a mentality or intellectual where they’re able to talk about things. But when he’s on the field, his physicality, the way he’s able to blitz, he really gives us an extra edge”.