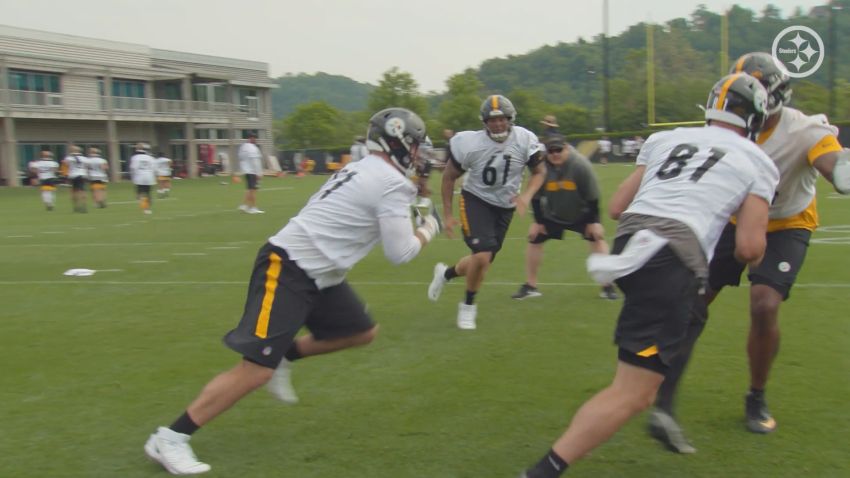 Topic Statement: Zach Gentry will dress regularly this season as he enters his third year.

Explanation: A 2019 fifth-round pick, Gentry hasn’t yet been afforded many opportunities to contribute, having been a regular healthy scratch his first two years when others were healthy. The team has only dressed two tight ends for most of the past three years, which is not the norm.

Two factors will result in Gentry dressing regularly: He will be better, and Matt Canada will be more receptive to using him, and three-tight end sets in general. Obviously, the top two roles at the position are set with Eric Ebron and rookie Pat Freiermuth, but you always need depth, and Gentry has some receiving ability, as he showed in college.

And you can’t teach 6’8”, either. For what it’s worth, Ebron spoke highly of Gentry during minicamp, and some beat writers such as those at The Athletic have written positively about him, even noting his making strides last year, which we largely didn’t get to see due to the pandemic, before getting injured.

It’s not even clear that Gentry has the inside track toward a roster spot, let alone a gameday helmet. While the team isn’t loaded with options, they can still address the position, and they recently created cap space with David DeCastro’s release, while Jesse James remains out there.

There is Kevin Rader as an in-house option, who has two advantages: One, he’s a more natural blocker, by far, than Gentry, and he has already shown that he can play on special teams. He recorded three special teams tackles in very limited playing time last year.

Even if we assume that Gentry is favored for the third tight end spot, though, there is no indicating that they will deviate from the three-year pattern of dressing two. They’ve preferred to use that on an extra running back or linebacker or defensive back, and really, they haven’t missed it, since they use a lineman as a tackle-eligible, and they have the receiving covered with Ebron and Freiermuth, not to mention a strong top four at wide receiver, and now Najee Harris in the backfield.