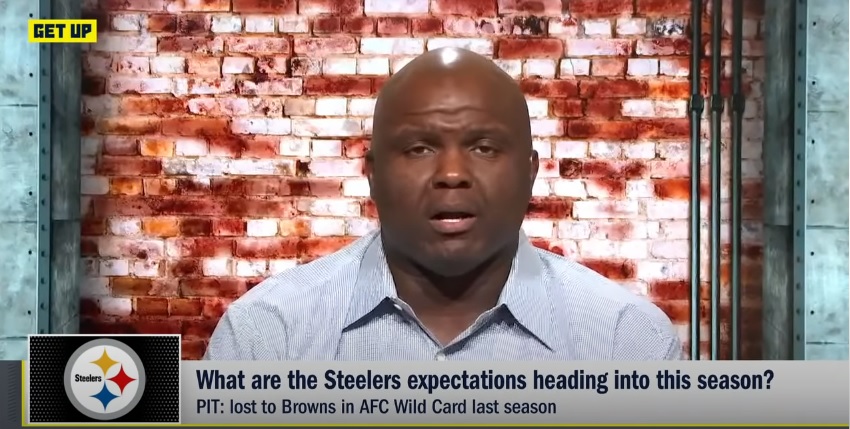 Booger McFarland agrees with Mike Tomlin. When it comes to the Pittsburgh Steelers’ offensive line, there’s nowhere to go but up.

At the start of training camp, Tomlin quipped that he wasn’t concerned about the state of the Steelers’ front five considering how poor things were a year ago. And they were poor. The Steelers finished last or close to it in virtually every single category, leading to a complete upheaval of the room, players and coaches, this offseason. It’s unknown how much better things will get but it’s hard to get any worse.

That’s why McFarland remains optimistic about the Steelers. He joined ESPN’s Get Up to give his thoughts on the team’s chances.

“I’m going to give them the benefit of the doubt that they’re closer to the team that was 11-0,” McFarland said on the show, linked below. “Because I think the offensive line can’t be any worse. You know, they got mad at me last year in Pittsburgh when I called the offensive line soft. But if you turn the tape on, the offensive line was soft.”

Maurkice Pouncey shot back at McFarland when he made those comments last season. Semantics aside, the Steelers’ line wasn’t physical enough and struggled to run block, especially in short-yardage situations. That was evident from on their goal line failure against Washington last season, their first of four losses, when the offense went 0/4 from the goal line (including a forgettable target to OT Jerald Hawkins).

The Steelers made major changes to the line over the last several months. Gone are Alejandro Villanueva, Maurkice Pouncey, and David DeCastro. In are the likes of Dan Moore Jr., Kendrick Green, and Trai Turner. All under new head offensive line coach Adrian Klemm, whose preached the need to get back to basics and be a physical front.

If the Steelers can get their run game to at least average and their passing attack be similar as last season, their offense can be one of the better in the league. But that relies on an offensive line that takes real steps forward, not just be mildly better than the mess that unfolded last season.