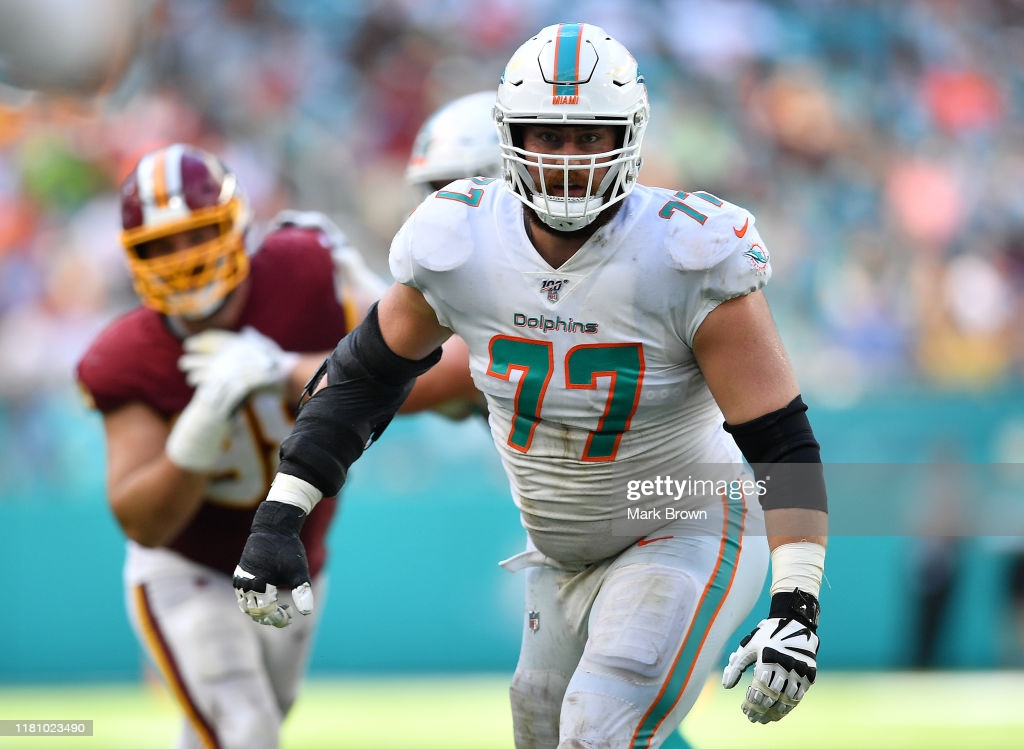 Pittsburgh Steelers General Manager Kevin Colbert is likely not done tinkering with the Steelers’ roster ahead of the Week 1 regular season opener in Buffalo against the Bills.

According to an exercise by Bleacher Report’s Brent Sobelski identifying one trade proposal for all 32 teams ahead of the start of the 2021 season, Sobelski lists Dolphins lineman Jesse Davis as an ideal trade candidate for the Steelers.

Davis, who counts as $4.585 million against the cap in 2021 and $4.610 million in 2022, could be one the outs in Miami after the Dolphins drafted Notre Dame product Liam Eichenberg in the second round, and could look to turn to the former college standout at the position rather quickly, rendering Davis obsolete.

One man’s trash could be the Steelers’ treasure as Davis can play both tackle and guard spots along the offensive line, and has plenty of experience with 63 career games in four seasons in Miami, including 56 starts, playing more than 90% of the snaps in each of the last three seasons.

“The Pittsburgh Steelers can’t go into this season thinking they’re set along the offensive line, because they most definitely are not,” Sobelski writes. “Tackle is particularly worrisome since Chukwuma Okorafor will make the move from right to left tackle and Zach Banner started only one game before suffering a season-ending knee injury. Both are questions marks entering training camp, let alone the season. An inquiry with the Miami Dolphins could be vastly beneficial. The Dolphins chose Liam Eichenberg in this year’s second round. Eventually, the No. 42 draft pick should take over at right tackle. Miami can expedite the process by trading veteran Jesse Davis, and it would save $3.6 million by doing so. They Dolphins already have D.J. Fluker on the roster as a veteran option at right tackle or guard. Davis can start at four of the five line positions. He’s the ideal addition to a Steelers front with major question marks.”

Adding a player of Davis’ caliber rather cheaply in a training camp trade would certainly boost the depth along the offensive line for the Steelers, considering he can play both tackle and guard spots and has more starting experience than anyone on the offensive line not named Trai Turner.

However, it’s highly unlikely the Steelers would even inquire about Davis due to his cap charge. Though the Steelers still have roughly $9 million in cap space, a lot of that is already accounted for, and it would be very tough for the Steelers to try and squeeze in Davis’ cap charge.