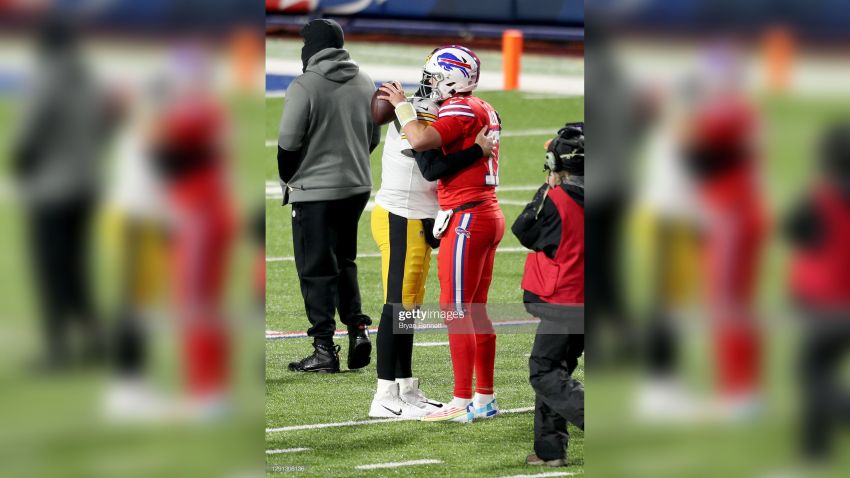 There was recently some bad news for Pittsburgh Steelers quarterback Ben Roethlisberger, who for about the 10th year in a row has shown up to training camp ‘in the best shape of his life’: Dan Hanzus removed him from the ‘Superstar Club’, which is a perennial list that he keeps of the top players at every position in the game.

For whatever reason, he chooses to keep an arbitrary number of players at each position, so each time one player ascends into the Superstar Club, one player has to be bumped. Roethlisberger was on the short end of the stick this year following the emergence of three quarterbacks.

Both Kyler Murray and Josh Allen had their tickets stamped into the Superstar Club, and Tom Brady was re-admitted following a brief period away. Drew Brees, now retired, naturally exists, but the emergence of the two young bucks cost Carson Wentz and Roethlisberger their spots. Hanzus writes:

It was a weird year for Big Ben in 2020. We all remember the Steelers’ brutal late-season collapse that culminated in the unsightly first-round knockout at the hands of the former laughingstock Browns, but there was something off for the veteran QB, even when Pittsburgh entered December undefeated. The offense became dull and unimaginative, and Roethlisberger’s once-impressive Big Football Boy scrambling act was history, replaced by a stone-age pony pocket presence that conjured unkind memories of late-period Dan Marino. Big Ben, now 39, will never inject that escapability back into his game, but a new play-caller and much-needed fresh blood at running back in Najee Harris should put Roethlisberger in a better position. Still, this isn’t the same guy anymore, and the Steelers know it.

What does all of this mean? Absolutely nothing, of course. It’s nothing more than a ‘fun’ little exercise that he has maintained annually. JuJu Smith-Schuster was removed from the Club last year. Will any Steelers enter it next year? Perhaps Chase Claypool? Maybe Najee Harris if he has a great rookie year?

Roethlisberger might not be a superstar anymore, but he doesn’t have to be if he has superstar skill position players, and an offensive line that can get the job done. The latter in particular, though, is a big question mark.

Now 39 years old, Big Ben is entering his 19th, and quite possibly final season in the NFL. It would certainly be great if he could manage to go out as a champion, whether he gets the credit for it or not. But I do know this: He gives them a better chance than any other quarterback on the roster.