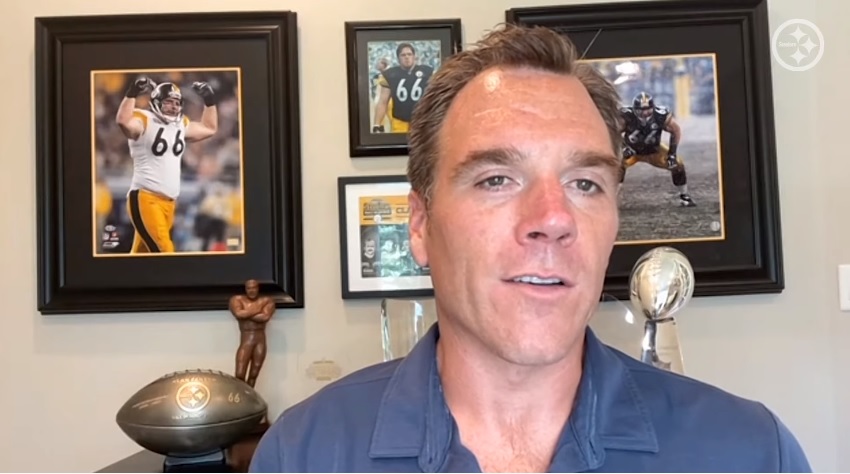 It probably cost him another All-Pro nod. But when Alan Faneca was asked to fill in as the Pittsburgh Steelers’ left tackle in 2003, he stepped up. And never felt better.

Weeks before his Hall of Fame enshrinement, Faneca reflected on that ’03 season and why he enjoyed making the move despite the in-season adjustment.

Here’s an example of what Faneca is talking about. In Week 1 last year against the Giants, left guard Matt Feiler has to pull around and potentially crash into the EMOL. He ends up logging the player instead as the defender spikes down. Left tackle Alejandro Villanueva stepped down to seal off the backside. A lot easier on the body.

Faneca started the first five games of the season as the team’s left guard. He was coming off a pair of Pro Bowl and All-Pro seasons in 2001 and 2002 and was destined for a third. But Marvel Smith suffered a season-ending nerve injury and left the team without a left tackle. Faneca was asked to kick outside to protect the team’s blindside. He did an admirable job and though he was named to the Pro Bowl, he wasn’t an All-Pro. It was the only blemish in a career where he was named All-Pro six of seven years. 2003 was the only exception.

Despite his body being happy about playing tackle, his heart wasn’t. And he was excited to shift back inside.

“It never crossed my mind to stay out there. I wasn’t having near as much fun as I was at guard.”

He embodied what being a Steeler was about. Tough, dependable, low-maintenance and showing up to do your job, no matter what it was. All those years of hard work have paid off and now rewarded with a trip to Canton, Ohio next month.

Dave Bryan recapped Faneca’s 2003 move in an article three years ago. Well worth the trip down memory road.