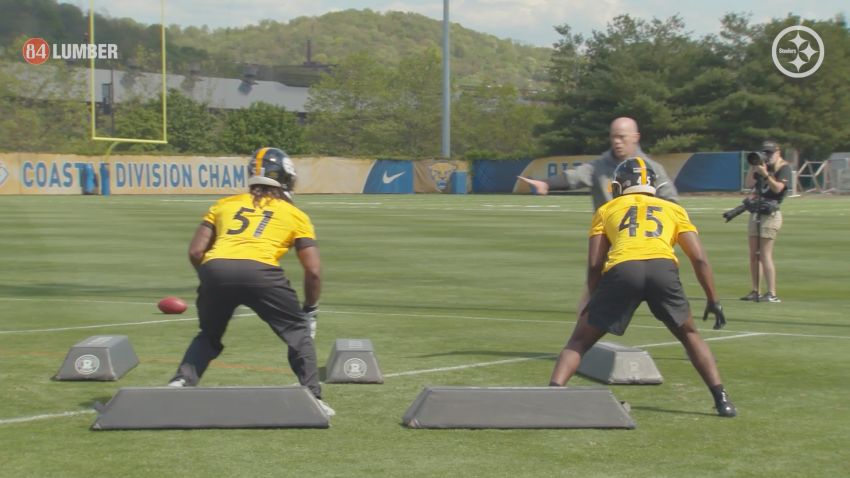 A week ago, I doubt many people thought that this would be up for grabs. Vince Williams, a 69-game starter (nice), was on the roster. Some even still thought that he might continue to start, which would have left Robert Spillane in a backup role.

But now it’s Devin Bush and Spillane running things, with Williams now retired. That means the Steelers have to figure out who their direct backup inside linebacker will be, assuming that it will be one player for both positions.

Having invested a fourth-round pick in the position, Buddy Johnson is an obvious immediate candidate, but it’s not always easy for rookies to be able to immediately step into a position of responsibility. The other most likely candidate, if he is healthy, is Ulysees Gilbert III, entering his third season.

In addition to Johnson, the Steelers also signed Miles Killebrew in free agency, but Killebrew is more of a safety hybrid, and the reality is that he has more or less settled down into a role of special teamer at this stage in his career.

Marcus Allen spent his first two seasons at safety before the team moved him to linebacker to open training camp last year. He made the team, and played on special teams, but it wasn’t until there was a series of injuries at inside linebacker before he ever even sniffed the field on defense.

Neither Allen nor Killebrew are likely to be in serious contention for the role of primary backup inside linebacker, but are being named for completion’s sake. The other linebackers behind them on the roster are Tegray Scales, who was on the practice squad last year, and college rookie free agent Jarvis Miller.

Really, though, it’s likely to be a two-horse race between Johnson and Gilbert. If Johnson is ready to go as a rookie, he may be considered the favorite. Gilbert, though, has great athleticism, and was a fan favorite in the recent past for his perceived potential. It’s possible that Johnson is the backup Buck and Gilbert the backup Mack.