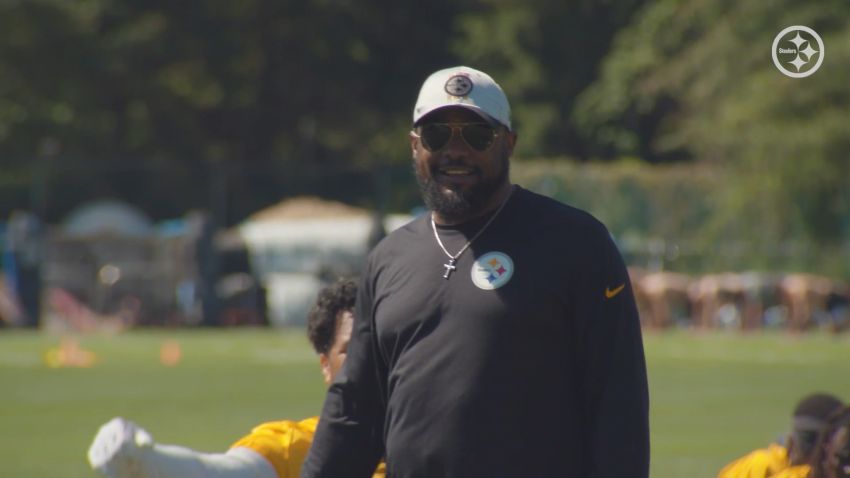 The Pittsburgh Steelers are off for nearly another month until they are eligible to report to training camp on July 21. But they have just spent the past five weeks working, and that work involved putting in the foundation for what is to come, a process that was largely absent from the offseason schedule a year ago due to the pandemic.

While the Steelers were largely able to get by without it, it is more crucial this year than in most as they install a new offense and retool their offensive line, both in terms of personnel and philosophy. New offensive line coach Adrian Klemm is installing a more physical mentality, and head coach Mike Tomlin explained that that work begins to take place even before the hitting does.

“With everything that we do, we have an opportunity to build and develop our personality”, Tomlin told reporters last week during mandatory minicamp. “Not only through physical labor, but mental approach. Although we are not carrying pads, yes, we are laying the foundation for that agenda”.

It’s somewhat questionable as to whether or not the Steelers on offense even had a personality last year, or during the tenure of Randy Fichtner as offensive coordinator, who served in that capacity over the course of the past three years.

Granted, each of those three years was quite different, seeing Ben Roethlisberger tossing for more than 5,000 yards with greater success on the deep ball, followed by a season without him, and then this past year that involved a lot of small ball, and an increasingly ineffective run game.

With Matt Canada and Klemm now carving out a new identity for the unit, it’s important that the work is done each step of the way. Even though they aren’t entirely new faces—Canada was hired as quarterbacks coach in 2020, Klemm as assistant O-line coach in 2019—they haven’t been steering the ship, but simply rowing.

We’ve heard from a number of players, particularly offensive linemen like Zach Banner and Chukwuma Okorafor, about how Klemm has differed in approach from his predecessor, Shaun Sarrett, who is no longer with the team. Even the manner in which he teaches in the classroom utilizes aggressive verbiage to get the point across.

Instilling a mindset has to be immersive. Yes, you need to get the pads on and start hitting people, but the mentality of physically driving through another person is built up well before you even start lining up. That’s all the more important when your prior coaching taught more passivity in technique and demeanor.