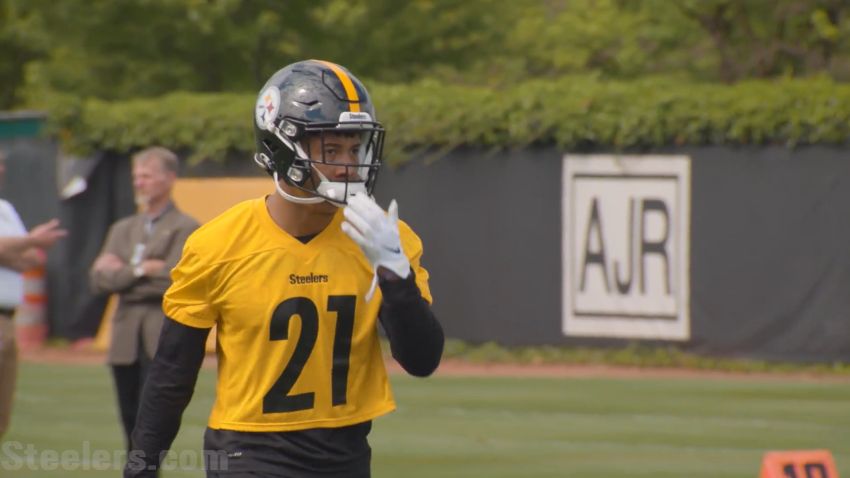 Cam Sutton won’t be able to keep his “Swiss Army Knife” role in 2021 like he had in 2019 and 2020. The defensive chess piece, the guy who could and did line up all over the field. Wherever the team needed him, he played, plugging any leak along the way. He’s now a starting cornerback which limits some of his versatility. But defensive backs coach Teryl Austin believes the Steelers have the next Sutton on the roster in the form of seventh round pick Tre Norwood.

Talking with reporters on Wednesday, Austin praised Norwood’s versatility and what he could offer the Steelers’ defense.

“He’s a super sharp guy.” Austin said of Norwood. “Really impressed with how fast he picks things up. Right now, he’s playing a little nickel and a little safety, a little bit everywhere and he handles it really well. I don’t think it’s too big for him. I think the big test for him is once we put on pads and how physical and fast the game will move and how well he’ll hold up. Because he’s not a super big guy. But if he can hold up and handle the tackling aspect of it, I think this guy’s got an opportunity to be a really good player.”

In fact, when Mike Tomlin announced Norwood as the team’s final pick of the 2021 draft class, he flat-out called him a “Swiss Army Knife.” And it sounds like that’s how Pittsburgh is using him. It’s not much different than what he did at Oklahoma, though on a much grander scale. Norwood played boundary corner, slot, and safety during his time in Norman, showing plus ball skills. He picked off five passes in 2020, including a pick six of Florida’s Kyle Trask in the Sooners’ bowl game.

Sutton had a similar career arc. He was a more defined corner at Tennessee but NFL scouts looked at him as a safety/corner hybrid in the league. During his time at the Senior Bowl, he shifted between slot corner and safety, and impressed Kevin Colbert with his intimate knowledge of the entire Volunteers’ defense.

Austin sees what Sutton did as a path for Norwood.

Norwood’s versatility gives him a leg up on the guys he’s competing with. He can wear more hats than James Pierre, Justin Layne, or the UDFAs like Shakur Brown, Mark Gilbert, and Donovan Stiner. But as Austin mentioned, physicality and tackling are Norwood’s two biggest issues. He averaged barely more than two tackles per game last season and is a thinly-built, drag-down tackler who doesn’t always put his face in the fan.

Poor tackling and run defense is a way into Danny Smith and Keith Butler’s doghouse so he’ll need to clean up those issues to make the team and potentially mimic Sutton’s role.