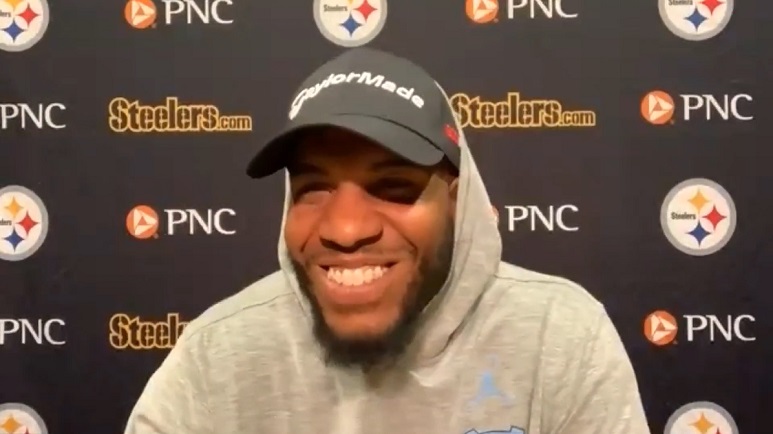 Just how good or bad will the Pittsburgh Steelers be in 2021? To hear a lot of the major media analysts and prognosticators talk so far this offseason, the 2021 Steelers don’t have any shot at winning the Super Bowl. In fact, most seem to think that the 2021 Steelers won’t even make the playoffs and that they could potentially even finish last the AFC North, or at best, third. On Thursday, Steelers tight end Eric Ebron met the media and during his interview he was asked if hearing those kinds of predictions so far this offseason motivates him at all.

“I mean, whatever,” Ebron said. “I look forward to playing each and every game. At the end of the day, we’ve got to stop them, and they’ve got to stop us and we’re not easy to stop. So, we’ll see on the grass.”

Ebron is never at a loss for words when he talks to the media and his Thursday session wasn’t even different. He always seems to be vivacious, optimistic, and ready to take on any challenge and that includes any from his teammates who think they are a better golfer than he is.

“I think I’m the best golfer on this roster,” Ebron said on Thursday. “I’m going to just go out there on a limb and say that. Truthfully, honestly, I think I am. Whoever wants to see me, get their money took out there on the golf course, all friendly bets, I’m with whatever.”

The Steelers obviously have a much tougher schedule in 2021 than they had in 2020 and because of that, along with many viewing Steelers quarterback Ben Roethlisberger as being over-the-hill and done, you’ll probably be hard-pressed to find many talking heads and analysts willing to predict that this year’s team has any shot whatsoever at competing for the Lombardi Trophy.

In short, the Steelers will likely be considered extreme underdogs for the remainder of the offseason and into the start of the regular season and on the surface, it sounds like Ebron is fine with that.

“And I hope every team comes in here and thinks they’re going to steamroll us,” Ebron said on Thursday. “That’s the best thing you could hope for as the opponent. So, yeah, it’ll be great, it’ll be fun. I hope we get that all year.”