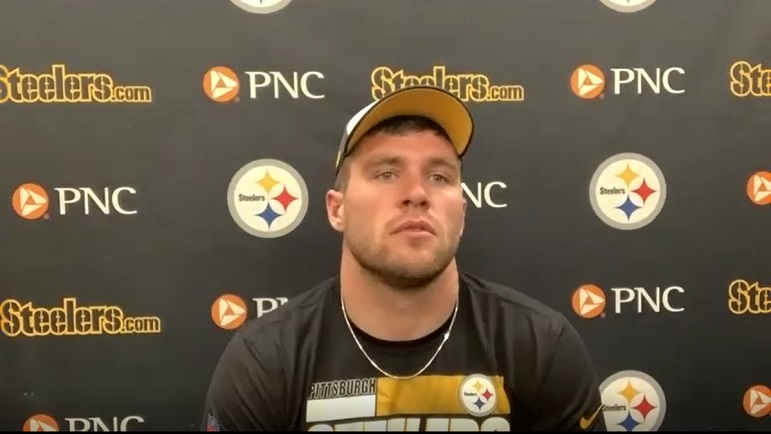 At some point between now and the start if the 2021 regular season, there’s a good chance that Pittsburgh Steelers outside linebacker T.J. Watt will become the NFL’s highest-paid defensive player. While there are now just 89 days remaining for such a deal to get done, Watt understandably doesn’t want to discuss what may or may not be happening with his contract negotiations right now as the team begins their annual mandatory minicamp practices.

“I mean, with respect to the process, I’m not going to be talking about any contract stuff today,” Watt said on Tuesday.

Watt not wanting to discuss the business side in the media is very understandable and that’s more than likely going to be his stance for the remainder of the offseason.

Currently, Watt is set to earn $10.089 million in 2021 as part of the Steelers picking up his fifth-year option over a year ago. Watt should ultimately sign a contract extension later this summer that includes a new money average of at least $28 million. If that happens, he will then become the NFL’s highest-paid defensive player, a designation that currently belongs to Los Angles Chargers edge rusher Joey Bosa at $27 million per year.

As part of Watt’s lucrative extension that he’s expected to sign, the former first round draft pick out of Wisconsin figures to put between $40-$45 million in his pocket in 2021. That money will be made up of a base salary, a signing bonus and possibly even a roster bonus.

The Steelers’ brass have indicated all offseason that the goal this summer is to get Watt signed to an extension. That indication first came from Steelers team president Art Rooney II.

“We’re certainly going to try. I think T.J. has another year on his contract and we certainly look at T.J. as a key player in the future,” Rooney said earlier in the offseason of Watt. “And I can assure you we’ll do everything we can to keep T.J. on the roster beyond this year. That that’s the goal.”

Steelers general manager Kevin Colbert also talked about the team looking forward to re-signing Watt this offseason when he met with the media several weeks ago.

“Art’s addressed it and T.J. certainly has addressed it with his play,” Colbert said. “T.J. Watt is a special player at his position and really on the defensive side of the football in the NFL. So, T.J.’s a significant player. Art has made that a designation that it will be a priority.”

In all likelihood the Steelers will get Watt signed to an extension sometime after the start of training camp in July. It might even take until right before the regular season starts for the two sides to consummate a deal.