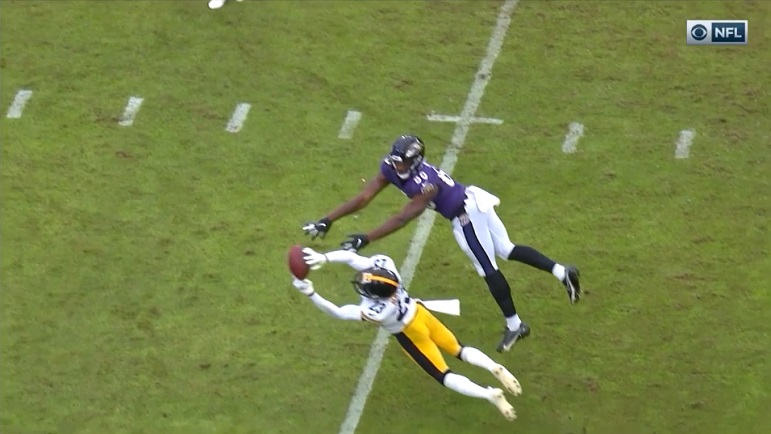 Last week, Pittsburgh Steelers cornerback Joe Haden talked about how he’s looking forward to the team’s secondary getting more turnovers in 2021 than the group had in 2020. As part of that statement, Haden talked about how he and a few other members of the secondary dropped a few potential interceptions throughout the season, and how they must correct that in 2021. On the heels of Haden talking about the interception drops the Steeler defense had in 2020, I thought it would be fun to look at them all and see how each might have impacted that particular contest, if at all.

The second dropped interception the Steelers defense had in 2021 came in Week 8 and against the Baltimore Ravens.

Outcome: The dropped interception by Haden set up a 3rd and 6 for the Ravens and they converted on that play via a run by Jackson. After that, the Ravens offense ultimately drove to the Steelers 33 yard-line and kicker Justin Tucker closed out the first half with a 51-yard field goal to put Baltimore ahead 17-7. While that dropped interception resulted in a potential point swing right before the end of the first half, the Steelers did ultimately go on to beat the Ravens 28-24.

Previous Posts In This Series: