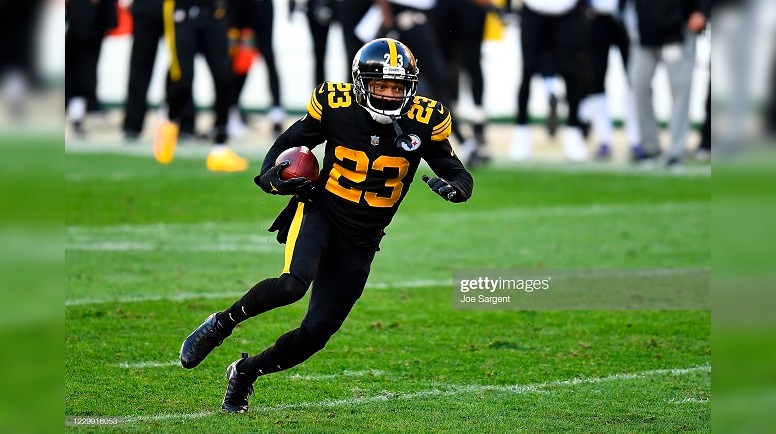 The Pittsburgh Steelers secondary recorded 14 total interceptions during the 2020 season and while that was a good amount overall, veteran cornerback Joe Haden, who was responsible for two of them, wants to see that number increase in 2021.

“I think we want to continue to get more interceptions, get our hands on a lot more balls, you know, try to create more turnovers,” Haden said on Wednesday during his pre-practice media session. “I think I dropped some picks just last year. Minkah [Fitzpatrick], he wouldn’t want to drop any picks, either. So, I think just creating turnovers.”

As far as dropped interceptions go for the Steelers secondary in 2020, there were six in total with Haden and Edmunds each having two and Fitzpatrick and Sutton each having one.

More turnovers from the Steelers secondary the only area that Haden would like to see the unit improve in in 2021, however.

“Being able to communicate, always being on the same page,” Haden said on Wednesday. “No busts. Not letting anything go over our head. And then just making sure we’re just an umbrella for the team. Nobody gets over top and just creating turnovers. I think that’s going to be the big thing that’s going to be able to help our secondary help this team out.”

While the Steelers will have most of their secondary members from 2020 back in 2021, the unit will have a bit of a different look as Sutton is expected to play outside more with Nelson being jettisoned. With Hilton also now being gone, it will be interesting to see which player winds up logging the most time inside in sub packages to start the 2021 season. One thing is for certain, it’s unlikely to be Haden.

“Honestly, I don’t want no parts of the slot,” Haden said on Wednesday.