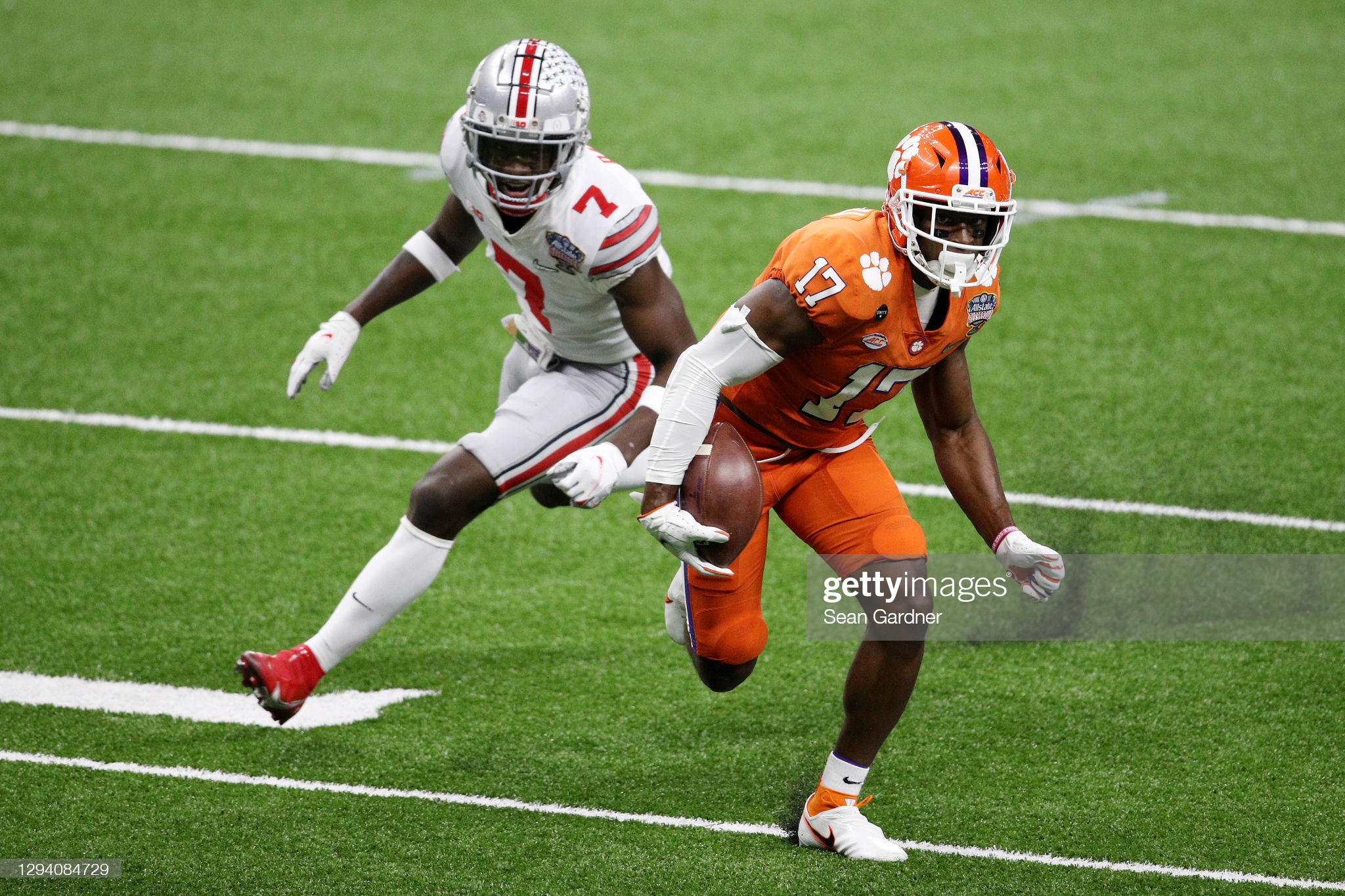 After a flurry of quarterbacks projected to the Pittsburgh Steelers in the first way-too-early mock drafts for 2022, some non-passing options are starting to appear as suggestions in the first round for the team. Last week’s roundup featured an edge rusher from South Carolina, and this week’s focuses on a different area of the defense.

“Pittsburgh has one of the best defenses in the NFL but they are still missing an elite outside cornerback. Banks has all the traits to become one. In his first year as a starter for the Buckeyes last season, he looked very good against some of the best wide receivers in college football. Next season, expect opponents to avoid Banks at all cost. He is next up when it comes to top-tier Ohio State cornerbacks being selected in the first round. Offenses will struggle if Pittsburgh can pair Banks with Minkah Fitzpatrick in its secondary.”

Banks is a prudent alternative to selecting a quarterback for the Steelers. Joe Haden is nearing the final years of his career as the team’s No. 1 cornerback. Cameron Sutton steps up from No. 3 to replace the released Steven Nelson, but Banks offers the elite, lockdown, No. 1 upside to earn a spot in the first round. Looking forward, Sutton is the only proven commodity at the position the Steelers have going into the longer-term future.

Sevyn is the next man up to star at corner for the Buckeyes, one of the premiere universities for talent at the position in college football. Ohio State has had a cornerback drafted every year dating back to 2014. Five of those eight years had a corner taken in the first round, and two of those drafts had multiple corners selected in the first.

Banks is making considerable noise among preseason projections thanks to the incredible skill be brings to the position despite a smaller sample size. Banks got his first chance to be a full-time contributor to the Buckeyes’ secondary last season. In that time, particularly late in the year and during the College Football Playoffs, Banks looked like a true lockdown corner. He finished the season with eight passes defensed, an interception, and 23 tackles. This season, Banks should spend the full schedule as the team’s top defender.

The last player out of OSU Pittsburgh drafted was Doran Grant in 2015. Prior to that, the team had an affinity for the university, drafting a Buckeye in five of the six prior drafts.

Even in a corner class with several first-round names and headlined by potentially the best corner prospect we’ve seen in a long time (LSU’s Derek Stingley Jr.), Banks has himself firmly in the discussion to be a top selection. With Pittsburgh’s secondary in need of immediate reinforcements and a long-term building block as a lockdown top corner, Banks is a name to monitor moving forward.