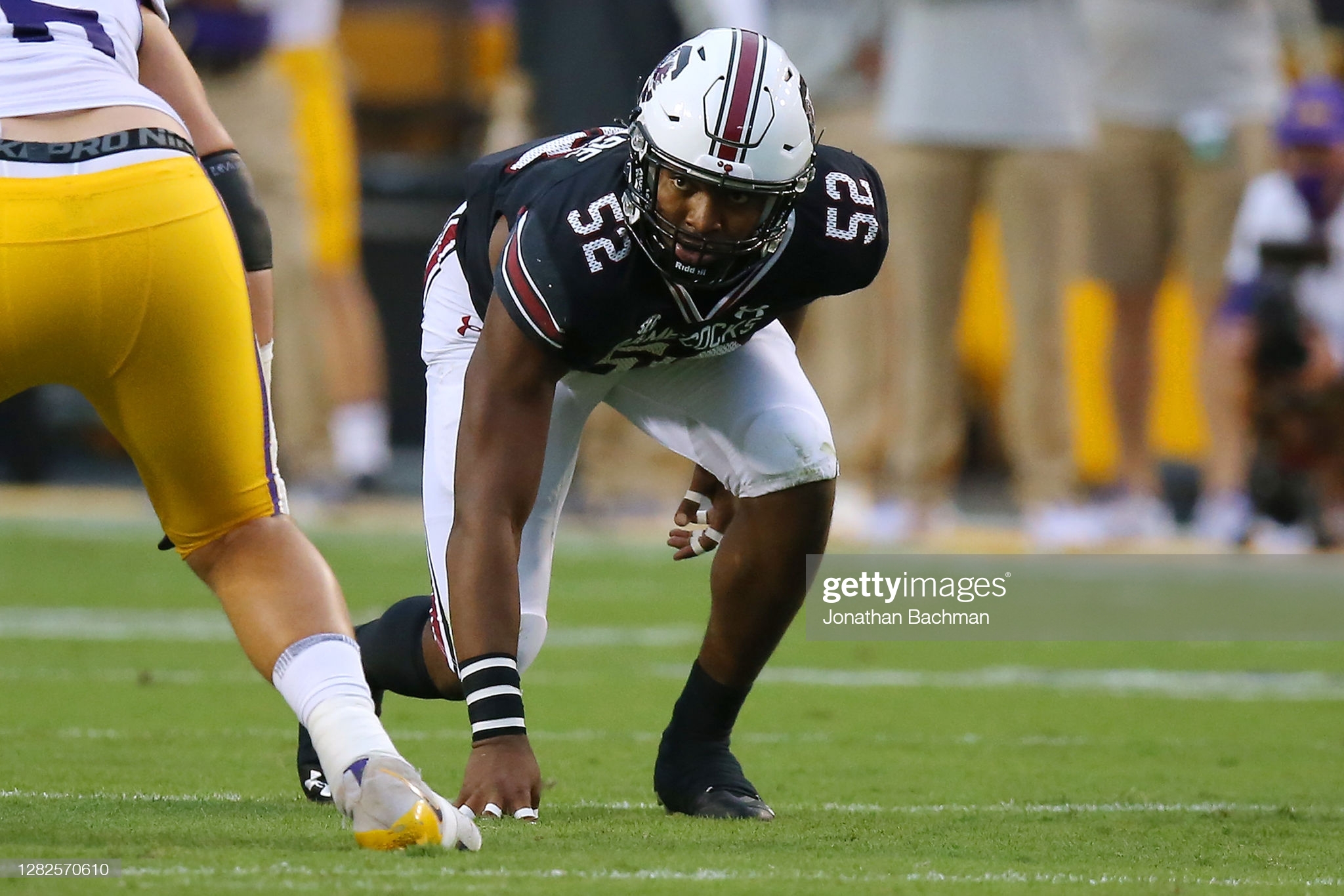 Quarterback is a pretty obvious front-and-center need for the Pittsburgh Steelers in the coming NFL Draft. If Ben Roethlisberger does follow through with an expected retirement after the 2021 season, the likeliest long-term franchise QB the team currently has is Dwayne Haskins (I am fully aware of who else is on the roster). And if Roethlisberger finds another season left in the tank, getting a true replacement to learn from him is still priority No. 1.

That break from the norm comes from Sports Illustrated’s Ric Serritella, who suggests a pass rusher for the Steelers as an alternative to a franchise QB. Serritella selected South Carolina edge rusher Kingsley Enagbare for the Steelers at 20th overall. Here is his reasoning for doing so:

“Will Pittsburgh allow T.J. Watt to hit the open market? He is scheduled to become an unrestricted free agent at the end of the year. Regardless, Pittsburgh likes to blitz and adding Enagbare to the mix would seem to fall in line with how Kevin Colbert and Co. like to construct their defense.”

As of now, Watt is set to be a free agent, though the long-standing expectation is for the Steelers to make Watt the highest-paid defensive player in football in the immediate future with a long-term extension. While the need at edge rusher likely won’t be because of his departure, the potential exists for that to become a major need entering next offseason.

I believe Alex Highsmith can capably fill Bud Dupree’s role starting this season, and become a long-term complement to Watt on the edge. And he showed enough to earn the starting job in 2021 with Dupree gone. But with only five starts in his NFL career, Highsmith has room to exceed everyone’s expectations, or to show he isn’t ready to start.

Pittsburgh does love to draft pass rushers early in the draft when the need is there. Watt, Dupree, and Jarvis Jones arrived as first-rounders in the last decade, as did Cameron Heyward (as a defensive end). Highsmith and Stephon Tuitt came in as Day 2 picks during that same span.

Enagbare lacks the elite status of potential No. 1 pick Kayvon Thibodeaux (Oregon) and may be a step behind other potential first-rounders like Drake Jackson (USC) and George Karlaftis (Purdue). But his name is in the first-round discussion because of the upside he showed in his first season as a starter for the Gamecocks.

Enagbare started all eight games for Carolina last season, set a career high with six sacks, matched his career best with seven tackles for a loss, and forced the first three fumbles of his college career. His breakout season earned him an All-SEC first team selection. Making him an even more appealing selection is that his success came playing as a linebacker on the edge and not a defensive end, the role he would fill if Highsmith struggles in his first full season as the team’s starter and creates a need at edge rusher.

Quarterbacks did play a major part in Serritella’s mock. Four of them went in the first five picks, and another went 10th overall.