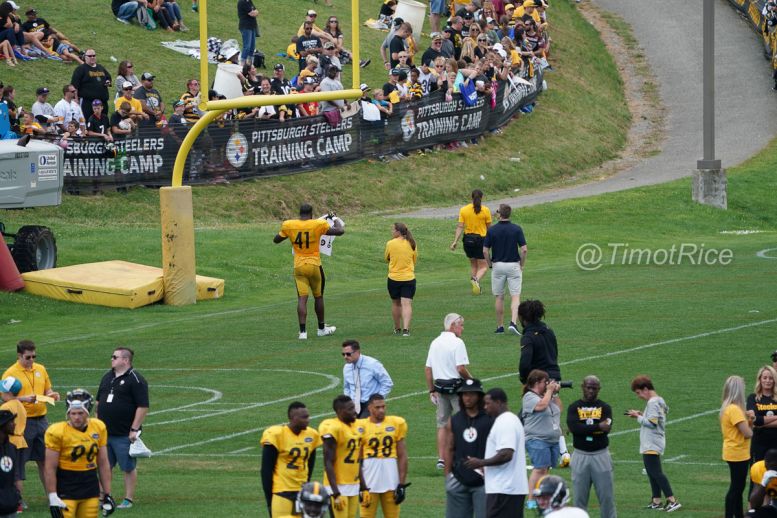 The NFL is looking to get back to normal as close as possible this season after executing a league year under pandemic conditions in 2020. As time moves on, however, they realize not everything will be quite the same, while still others will take time to plan out.

The Pittsburgh Steelers, for example, are still trying to figure where they will hold training camp, according to head coach Mike Tomlin, who said as much after the final day of mandatory minicamp practice today. In other words, he doesn’t know where they will be the next time they’re on the field.

“I thought I would know by now” whether or not they would be able to get back to Saint Vincent College, he said, according to Brooke Pryor. “We don’t always get what we want, as we know. I had hoped to get some clarity prior to know, but I haven’t”.

“I thought I would know by now. We don’t always get what we want, as we know. I had hoped to get some clarity prior to know, but I haven’t.”

Lack of clarity now, however, doesn’t mean that they won’t be able to get to Latrobe. The NFL and NFLPA just disseminated new COVID-19 protocols yesterday that outlined restrictions for training camp, and specified that fans would be permitted to attend, though they would have to be distanced from the players and could not interact with them.

The league already said earlier this offseason that teams would be permitted to travel for training camp again, at least in theory, though it would require getting approval and everything. It seems clear that the Steelers are still in that stage as far as getting Saint Vincent approved as protocol-compliant.

Most teams do not travel for training camp any longer, which made it easier when the NFL barred teams from doing so last year due to COVID-19. It still remains to be seen how many teams who have traditionally done so will this year. The Buffalo Bills have already announced that they will not. But wherever training camp is, Tomlin and his men will be there.

“I have calendars on my desk. I’m ready for whatever”, he told reporters after practice, courtesy of Joe Rutter. “Rest assured of where we are and when we are, we’ll be ready”.

Mike Tomlin doesn’t know when training camp will start for the Steelers or where it will be located. “I have calendars on my desk. I”m ready for whatever. … Rest assured of where we are and when we are, we’ll be ready.”

The Steelers held training camp in Heinz Field last year with no fans in attendance. I would imagine that if they end up holding court there again this year, they will admit fans, so at least that would be different.

But for now, they are making every effort to try to get back to Latrobe, something the team all the way up to Art Rooney II has consistently said since the offseason began. Rest assured that if it should not happen, it won’t be due to a lack of trying.