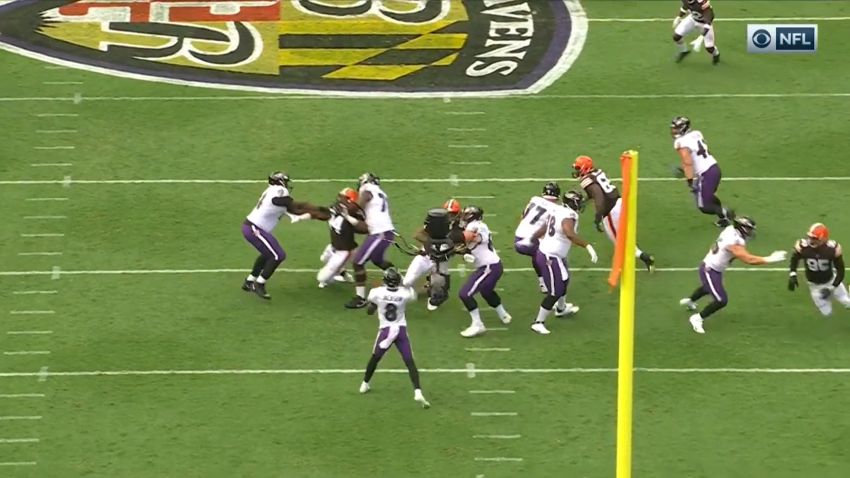 The Pittsburgh Steelers have a clear mandate, and clear emphasis, this offseason: Fix the running game. It’s not dissimilar for the Baltimore Ravens. Their offseason has clearly been dedicated to turning around the passing game, devoting resources and development to that end.

The central focus has been on acquiring talent to surround quarterback Lamar Jackson with, signing Sammy Watkins in free agency and then drafting Rashod Bateman in the first round, and then coming back in the fourth for Tylan Wallace, but the coaching is also centered around improving Jackson’s mechanics.

That last line got a laugh, making reference to a tweet from the team’s official account that drew some unwanted attention. In it was a video clip of Jackson throwing a wobbly pass to Watkins, with the captain saying to “get used to” seeing that. Jamison Hensley of ESPN later tweeted that the press is not permitted to share video of Jackson throwing passes to receivers anymore. Even the deep balls, apparently, which is a particular point of emphasis this offseason.

“Yes, we’ve been working — not just me. All the QBs and the receivers, we’ve been getting together and trying to make that a big emphasis for us this year”, Jackson said of the deep passing game. “People are always saying we throw short, intermediate routes and stuff like that — little five-yard, 10-yard routes. But we had some chances last year. We hit some of them, but we’re just trying to be more consistent this year, and that’s where the strides happen. It starts in practice, and hopefully it transitions to the game. We’ve just got to keep working on it”.

According to Pro Football Focus, Jackson actually ranked fifth in the NFL in deep pass percentage, with 13.7 percent of his 457 attempts on the year being balls that traveled 20-plus yards in the air. He completed 18 of 52 attempts for 582 yards, six touchdowns, and three interceptions, suffering four drops (the fourth-highest drop percentage, and the most by anyone who started more than 10 games).

He actually ranked outside of the top 25 in the highest percentage of short passes or passes behind the line of scrimmage, so it is a bit of a false narrative. He ranked seventh among starting quarterbacks in average intended air yards (or average depth of target). He also ranked in the top 10 in completed air yards per attempt.