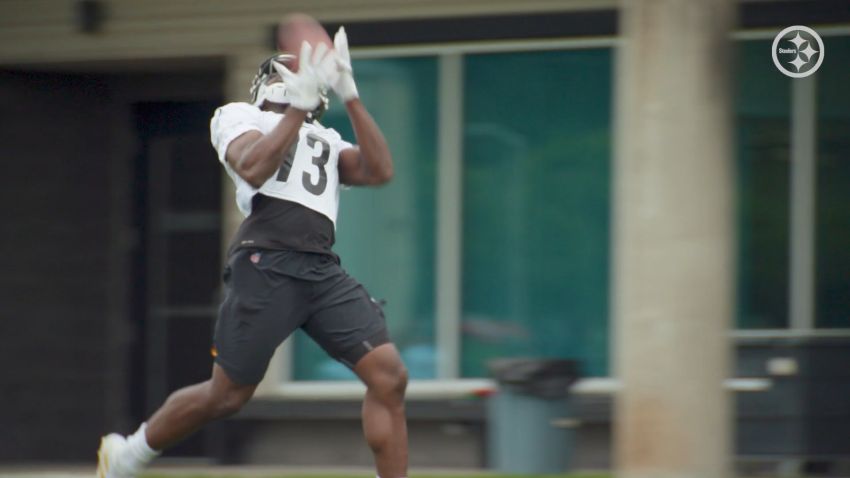 It’s been open season for criticism of the Pittsburgh Steelers and their offense this year. Everybody and their mother seems to have an opinion about how bad they were last year and how little they did this offseason to improve things. On the outside, it might look like rearranging the deck chairs on the Titanic. Those on the inside see something a little bit different.

“People are gonna say what they want to say”, wide receiver James Washington said last week during OTAs. “At the end of the day, we’ve got to do what we’ve got to do, and if that’s just coming out and dominating and kicking butt all day, then that’s what we’ll do, no matter how young we are or whatever. We’re gonna play to the best of our abilities”.

Since last season, the Steelers have lost three offensive linemen, their starting running back, and one of their top two tight ends. They also changed out the majority of the offensive coaching staff. All of these moves were brought about for various reasons. Some in the team’s control, others not.

They did still finish 12th in points last season, averaging 26 points per game, a number that tanked as the year went on. They posted a franchise record of scoring at least 24 points in 10 consecutive games to start the season, but they would hit under that mark in five of the final six, including four games below 20 points.

They did have to play some tough defenses during that run, such as those of the Baltimore Ravens, the Washington Football Team, and the Buffalo Bills, but it’s much harder to explain how they managed to allow the Cincinnati Bengals to hold them to 17, a team that allowed 26.5 points per game last year.

One of the prevailing theories is that the offense had grown stale and predictable as the season wore on, at which point defenses were able to catch up with what they were doing, playing accordingly, such as being aggressive against short passes, which had become their primary means of moving the ball.

Will the departure of Randy Fichtner as offensive coordinator take care of the staleness of the playcalling? That’s now in the hands of Matt Canada, promoted to that role from quarterbacks coach a year ago. He is known for his creativity as a playcaller at the college level, but this is his first crack at it in the pros.

From a player perspective, though, it always comes down to players making plays. The guys would put it on themselves for not making enough plays in the final month and a half of the season, and are committed to turning it around and making sure that doesn’t happen again.