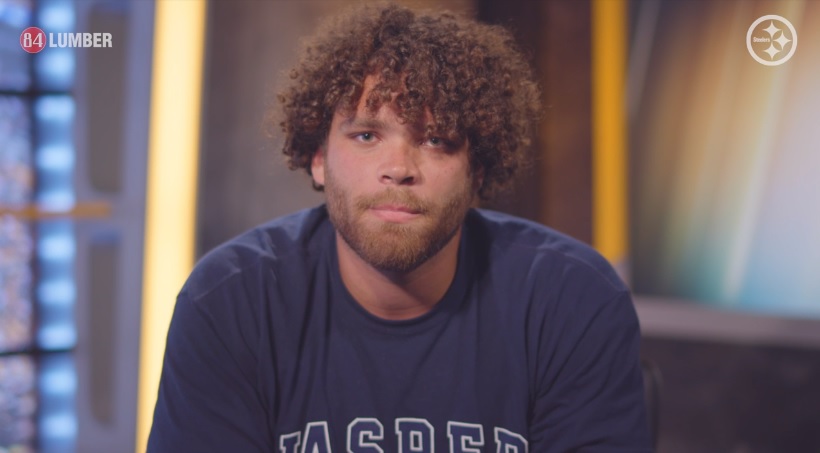 When the Pittsburgh Steelers traded up into the 5th round to select Wisconsin defensive lineman Isaiahh Loudermilk, they cited two key reasons as to why. First, his size, one of the rare 3T/4i lineman who could fit well in the Steelers’ defense. Two, his easy evaluation coming from a pro-style defense with the Badgers.

In an interview with Steelers.com’s Missi Matthews, Loudermilk spoke to the latter point, noting his transition from college to pros hasn’t been steep.

“It’s all gone pretty smooth so far,” he told Matthews. “Luckily the defensive scheme and the verbiage and things we said at Wisconsin have carried over extremely well. It’s been a smooth transition. I’m used to a lot of the stuff that we do, a lot the schemes that we do. So it’s been smooth sailing.”

Loudermilk played in an odd front at Wisconsin, one of just a handful of college defenses that uses a 3-4 as their base defense. It’s a similar system and style to what the Steelers run making his evaluation and now his transition to the NFL a lot easier.

We wrote as much in an article shortly after the draft, highlighting the similarities in alignment and assignment and concluding:

“Loudermilk should have a relatively easy learning curve into the NFL. He’s technical, well-coached, and the system he’s now playing in is awfully similar to the one he’s leaving…I can understand what attracted him to the Steelers, especially knowing there were very few guys in this draft who have his body type (6’6″, 290 lbs.) with experience in a “pro-style” defense.”

He seems to be echoing all those thoughts with those comments. At Wisconsin, he played for DC Jim Leonard, one of the brightest defensive minds in college football and rising star. Leonard himself was a longtime NFL safety. Loudermilk’s defensive line coach was Inoke Breckterfield spent several years at Pitt, coaching Aaron Donald and molding him into the dominant force he is today. So Loudermilk was well-coached through and through.

What has been a big jump is where he’s come from. In high school, he played eight-man football a far cry from the competitive, full-scale nature of places like Texas, Florida, and Pennsylvania, where Friday Night Lights is a regional pastime. But his size and talent he showed there got him to Wisconsin, where he grew into his frame and adjusted to playing in the Big Ten. He was a steady presence along the Badgers’ defensive line, stout against the run, collapsing the pocket, and routinely batting down passes. Now he’ll look to do the same in Pittsburgh.