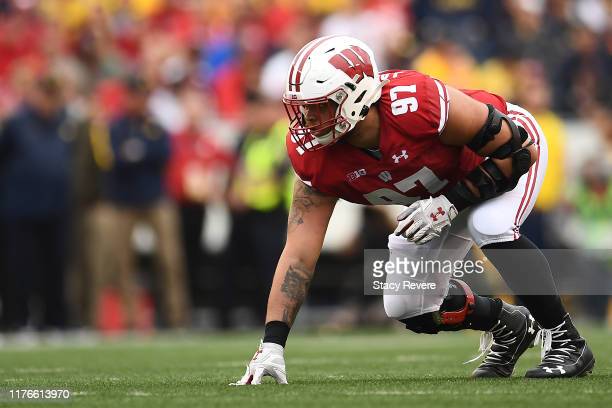 The Pittsburgh Steelers trading up for and selecting Wisconsin DL Isaiahh Loudermilk may have been the biggest surprise of the draft. It’s still hard to completely understand why the team thought Loudermilk was worth that investment.

But there is one part of the pick that makes plenty of sense. Loudermilk might have been the easiest selection for them to evaluate. He came from a well-coached Wisconsin defense. DC Jim Leonard is one of the best in college football, and his Badgers’ defensive line coach was Inoke Breckterfield, who coached Aaron Donald at Pitt.

The 3-4 defense Loudermilk played in at college was very similar to the system the Steelers run. Maybe not in verbiage, but in scheme and usage, it won’t be much of an adjustment. For starters, the fact Loudermilk played in an odd front is uncommon enough. Most college teams run a 4-3 or 4-2-5 defense. Wisconsin is one of the few who goes against the grain.

In terms of alignment, the way Loudermilk fit into Wisconsin’s defense was very similar to Pittsburgh’s. Here’s a couple of examples. Three-down front with the LOLB displaced with the tight end standing up in the slot. Loudermilk aligns as the three-tech on the outside shoulder of the right guard.

Compare that to the first Steelers/Ravens game last season. TJ Watt is displaced as the LOLB. Stephon Tuitt is a little wider than Loudermilk. This is more of a 4i alignment, but it’s very close to what you see above. 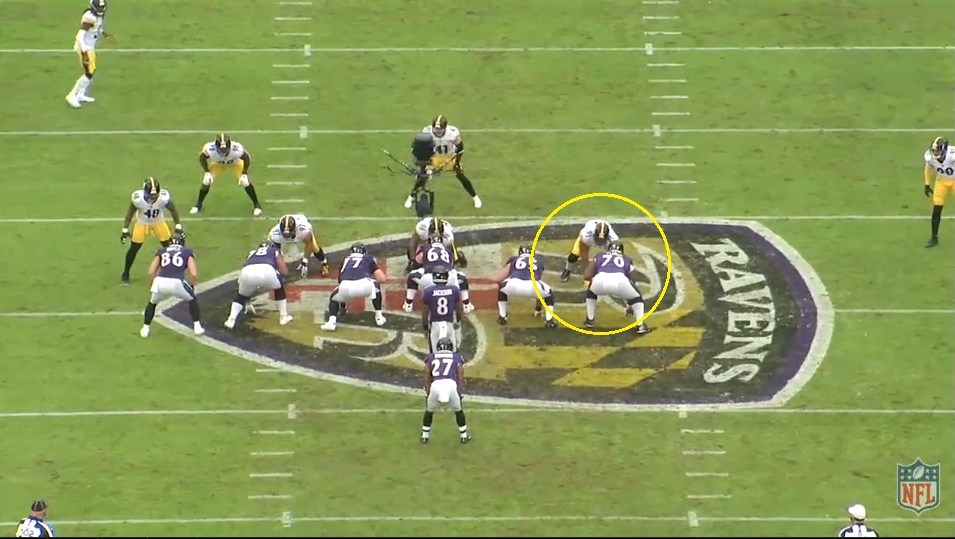 Another example. Three-man front with Loudermilk playing a true five-tech, something not even the Steelers do much of anymore. Outside shade of the right tackle with the LOLB off-ball and out of picture.

Steelers do the same thing. Three-down look versus the Tennessee Titans in Week 7. Stephon Tuitt lining up basically as a 4-tech, head up on the tackle, as Watt drops to become the overhang defender with the tight end in the slot. 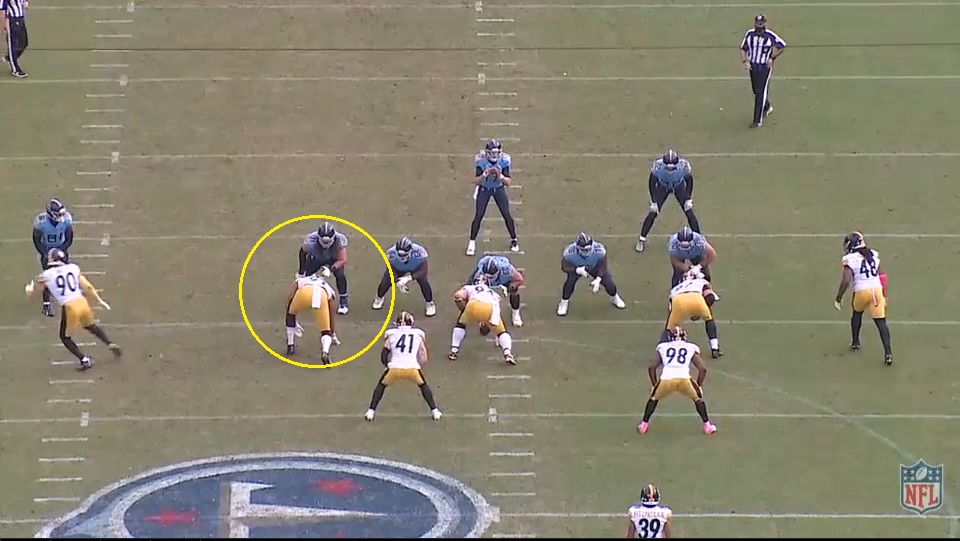 Let’s look at sub-packages. Badgers in nickel. Two defensive linemen with Loudermilk lined up in the A gap between center and right guard. 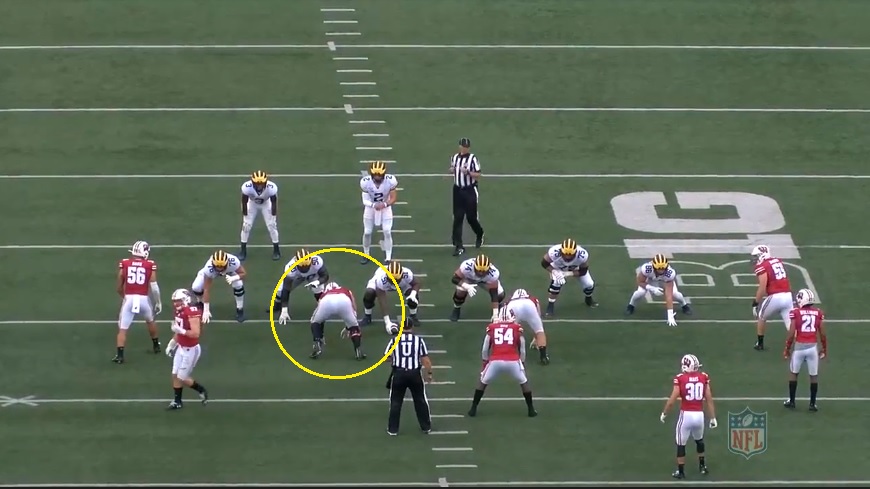 Same deal with the Steelers. Week 2 versus the Denver Broncos in 2020. Nickel defender, 2-4-5, with Stephon Tuitt in the A gap between right guard and center. 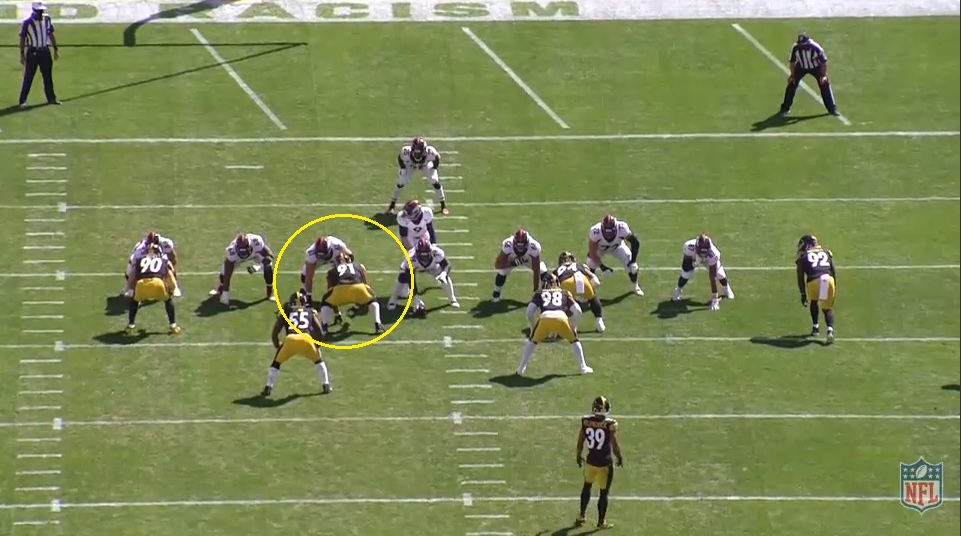 But that’s just pre-snap alignment. Let’s take a look at what happens after the snap. Wisconsin, like 3-4 teams, can get creative with how and where they send that fourth rusher.

Check out these examples. Very similar blitzes from Wisconsin and Pittsburgh. First clip shows Loudermilk and the Badgers. LB blitz with the Buck linebacker looping into the C gap with Loudermilk, lined up as the five-tech over RT, slanting into the playside A gap. The LOLB rushes wide to draw the RT while the backside ROLB drops to rob anything hot.

In the second is a blitz by Pittsburgh against the Dallas Cowboys in 2020. Same idea. Buck linebacker looping into the C gap. LOLB/LDE (TJ Watt, with his hand down) rushes wide with Stephon Tuitt, the three-tech here, crashing into the A gap as Robert Spillane runs off his hip. Backside ROLB Bud Dupree drops into coverage.

Loudermilk should have a relatively easy learning curve into the NFL. He’s technical, well-coached, and the system he’s now playing in is awfully similar to the one he’s leaving. Though I still disagree with the pick, I can understand what attracted him to the Steelers, especially knowing there were very few guys in this draft who have his body type (6’6″, 290 lbs.) with experience in a “pro-style” defense.