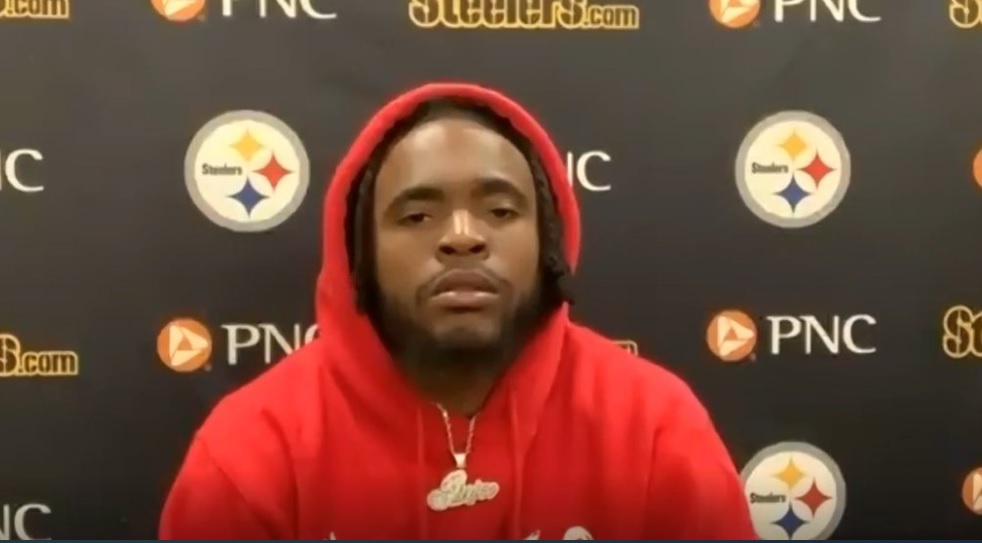 Pittsburgh Steelers wide receiver Diontae Johnson did have a solid sophomore season in 2020 as the Toledo product and former third round draft pick caught 88 passes for 923 yards and seven touchdowns. Johnson’s 2020 season, however, would have been even better had he not led the NFL in drops with 15. Obviously, working on making sure that he doesn’t repeat his 2020 drop-filled season in 2021 is one of the main things of several that Johnson is working on this offseason and summer.

“Pretty much, I’ve really been working on really everything, to be honest, because I can’t really just focus on one specific thing,” Johnson said on Thursday. “Yeah, I mean, I had drops last year, but that all comes with like focus and stuff like that. So, just having that confidence in myself. So, I’ve just really just been believing in myself every time I step on the field and just knowing that like every time a ball comes my way, I’m going to make that catch, regardless, no matter where it’s at. And that’s pretty much what I’ve been doing and I’m going to keep doing that.”

Johnson went on to further describe the focus issue that he had last season that led to him dropping so many pass targets that eventually led to a temporary benching late in the schedule.

“It was really just focus,” Johnson said. “Just taking your eye off the ball that one split second, you drop the ball right there and then that just goes in the back of your mind and you kind of constantly think about stuff like that. But other than that, that’s the main thing, focus, and make sure you look the ball all the way in before you run and whatnot. So, I’ve been focusing on that a lot. Catch first, run second.”

Johnson admitted on Thursday that he invested in tools this offseason to help him better focus on making catches in 2021. That investment included him machine a tennis ball machine.

“I’ve been catching on my tennis ball machine I bought this offseason, because it’s a smaller target so it’s obviously better to really focus on the ball,” Johnson said. “It’s not a big object coming at you. So, that’s really been where I’ve been honing into. So, like, when I catch a football, it’s easy. It’s always been easy and so like I said, it’s just that focus, that confidence, and keeping that confidence.”

As for Johnson being benched last season for roughly a quarter because of his drops, the third-year wide receiver made it clear on Thursday that he understood why that happened and what he needs to do moving forward to make sure he’s never benched again.

“I mean, I guess I’ve just got to catch the ball and that’s my job at the end of the day,” Johnson said. “I’m a receiver and that’s what I get paid to do. So, it’s no excuse beyond that. I mean, like I say, it all ties down to focus and knowing what I’m doing out there all the time because when a bad play happens, you gotta move on from it, you can’t dwell on it. And that’s what I’ve been dealing with and that’s going to be this year, too. If something happens, next play mentality and try to make a play again.”