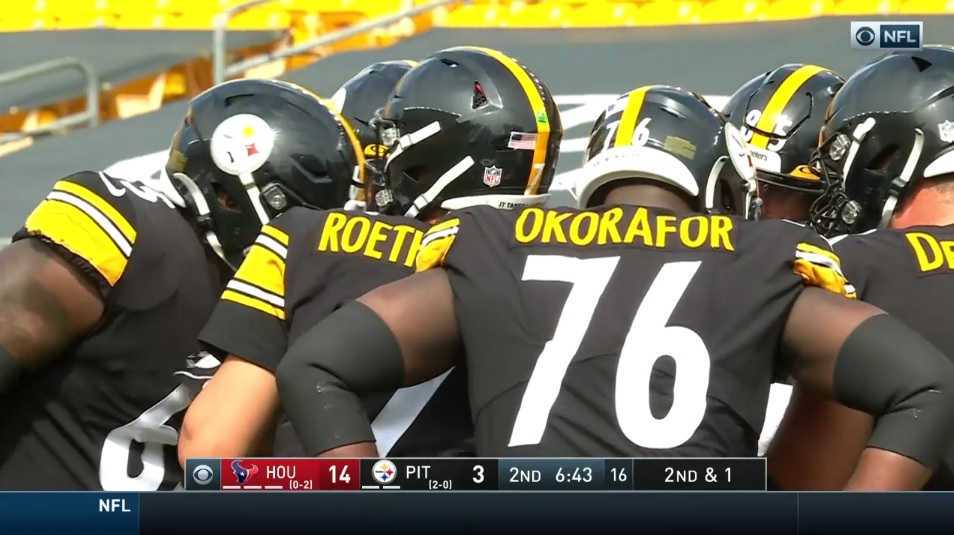 When it comes to new Pittsburgh Steelers’ left tackle Chukwuma Okorafor, there doesn’t appear to be a consensus on his expectations for the 2021 season.

Okorafor, who is moving from right tackle to left tackle for the 2021 season, was recently tabbed as a player that could disappoint in 2021 by Bleacher Report’s Kristopher Knox. Previously, CBS Sports identified Okorafor as a player primed for a breakout year, so you can see how there really isn’t a consensus on Okorafor from the national media.

“Okorafor saw his first season as a starter last year and performed admirably,” Knox writes. “He was responsible for five penalties and three sacks allowed while playing at right tackle, according to Pro Football Focus. Playing on the left side will be a tougher challenge, though, particularly with a progressively less-mobile Roethlisberger under center. This isn’t to say that Okorafor will be a disaster in his new role. However, Okorafor isn’t likely to provide the same reliable presence that Villanueva did for the past six seasons. Any drop-off in line play will be disappointing because if Roethlisberger cannot stay protected, he’s likely to struggle to bounce back from last year’s disappointing finish.”

It seems easy to label Okorafor for Knox’s piece simply due to the move from right tackle to left tackle putting him in more of a spotlight role along the offensive line, but it’s also fair to counter that Okorafor is a better athlete than Alejandro Villanueva ever was, meaning there really shouldn’t be much of a drop off from the Villanueva version of 2020 to the Okorafor project in 2021.

Additionally, Okorafor posted the best pass blocking grade of his career, according to PFF, in 2020. While it wasn’t a great overall grade, he’s shown improvement every single season he’s been in the league, and is moving back to a position he played in college, which should help with the transition.

The only real area of concern with Okorafor on the field in 2021 is in the run game, where he has struggled in his first three seasons. There’s hope overall for Okorafor, though. He’s shown he can hold up in pass protection and is earning praise from new offensive line coach Adrian Klemm this offseason for his mentality and commitment.