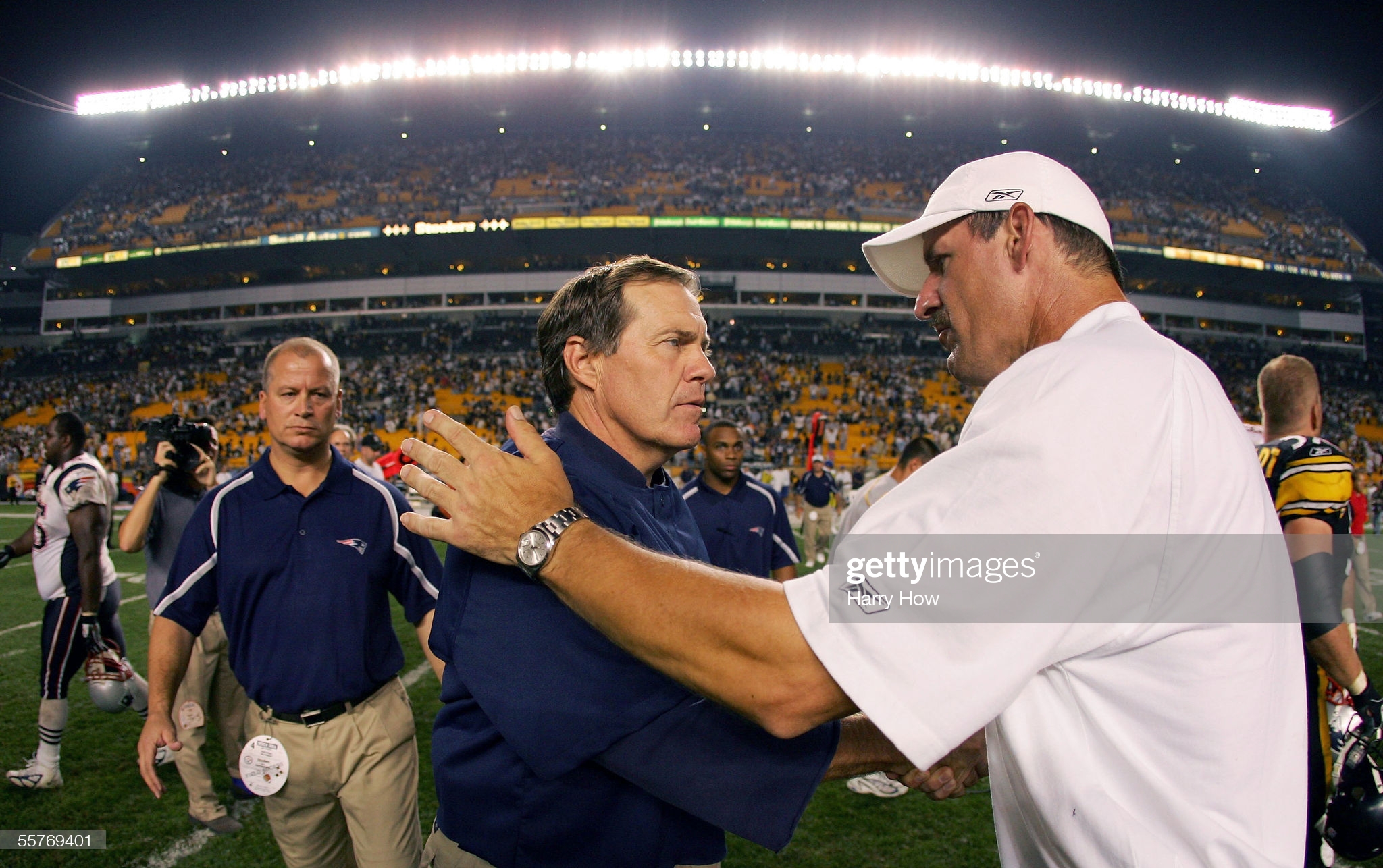 Were it not for those meddling New England Patriots, or so the theory goes, the Pittsburgh Steelers would have at least one or two more trophies in their display case. But the Patriots did cheat. They were fined and stripped of draft picks on multiple occasions for violating rules, even if their record is only tainted by those who choose to draw in their own asterisks. Bill Belichick’s records remain as legitimate in the NFL’s logs as anybody else’s.

And former Steelers head coach Bill Belichick is not one to complain. In fact, as Ed Bouchette points out for The Athletic, Cowher never even mentions ‘Spygate’ throughout the course of his new memoire, Heart of Steel, which, among other things, catalogues his 15-year history as Steelers head coach.

“We go back pretty far”, he told Bouchette of Belichick. “I have a lot of respect for him. He loves the game. We shared a lot of time together and time off the field, teaching each other about linebacker play and defensive backfield play. It came down to us being finalists for the 1991 Cleveland Browns job and he got the job and I didn’t. We went from friends to adversaries the next year because I found myself the head coach of the Pittsburgh Steelers. As we competed against each other it was just a great competition”.

As you may or may not remember, Belichick was the head coach of the Browns from 1991 through the 1995 season, before they shipped off to Baltimore and became the Fighting Poes or whatever their name is. He posted a losing record his first five seasons after inheriting a bad team, but they went 11-5 in 1994, a season that marked their most recent playoff win before the 2020 season. The 1995 season was a lost year as they prepared to move the franchise.

“It’s only cheating if you get caught”, Cowher said of the accusations against the Patriots. “Like any player, if you’re going to hold him, don’t get caught. If you get caught you’re wrong, if you don’t you’re right. I always thought we never lost the games to New England because of Spygate. If he got the calls because we didn’t do a very good job of making sure we signaled those in, that’s on us, it’s not on him”.

Certain former players don’t quite agree with that, though one of them, James Harrison, would actually go on to play for Belichick in New England before retiring. I’m sure if you ask a lot of those players on the 2001 and 2004 teams who lost to the Patriots in the postseason, they might have a different story.

On the issue of previously-taped signals, Cowher insists, “we didn’t lose the game because of that. We lost the game because they executed better than we did”. Some players insist that the Patriots’ defense was calling out their audibles and even plays, knowing as well as they themselves did what they intended to do.

It’s really all water under the bridge pretty much for everybody but the fans who choose not to let it go — and perhaps with the prospects of another Super Bowl any time soon dimming, that’s a segment of the fan base that is not likely to reduce its ranks much.