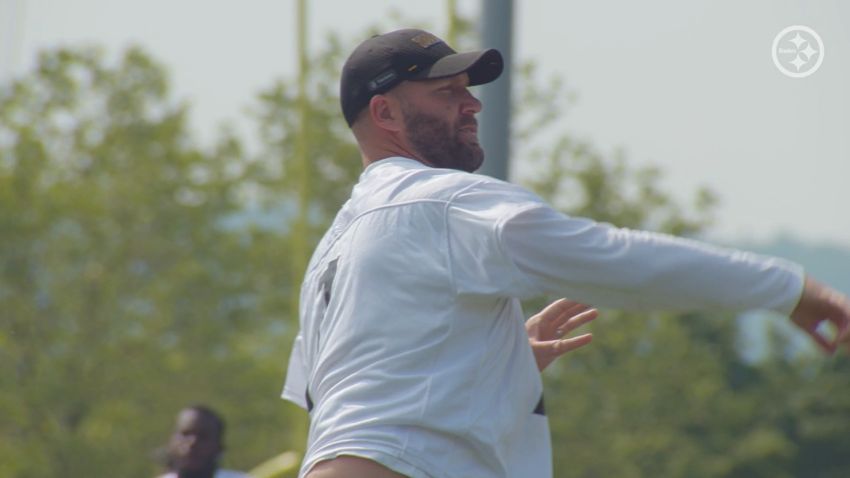 As would be the case with anybody, whenever you are used to doing something in a certain manner for a long period of time, you’re going to be reluctant to change things up in most circumstances. That applies as well to sports as it does to just about any other walk of life.

And it’s not exactly uncommon. For some teams more than others, changeover at coordinator positions is fairly regular—in some cases seemingly annual—and the majority of head coaches bring their own mindset and vernacular to the table.

The Pittsburgh Steelers are among the teams who have made a change at coordinator this offseason, even if it was from an internal promotion, moving Matt Canada from quarterbacks coach to the coordinator of the offense. Roethlisberger was asked whether or not it was harder for him as somebody who has been so used to a certain system, or branch of systems, for such a long period of time, to make that change now at this point of his career.

“It’s definitely harder. When you’ve had kind of the same offense, or a very similar offense, for 17 years, and then all of a sudden, something looks the exact same but is called something completely different, it’s very difficult, and it’s a big challenge”, he admitted, in a response that was prompted by the nature of the question asked, and was not volunteered as a complaint.

“But that’s the game of football, is learning new things, new challenges”, Roethlisberger added. “Coach Canada’s offense is one that hopefully will be a good one, and we need to execute the plays that he calls. Hopefully we’ll be better than we were on offense last year”.

The Steelers finished 12th in scoring offense last season, averaging 26 points per game. But they averaged under 20 points per game over the final six weeks of the regular season as defenses seemingly became aware enough of their offensive approach to respond to it aggressively. They only topped 22 points once during that span, and went 2-4.

Many blame the stagnation and lack of flexibility and variability in former offensive coordinator Randy Fichtner’s offense for much of that, though of course there are plenty of on-field targets for finger-pointing as well, not the least of whom being Roethlisberger himself.

I think that may be one of the reasons that Roethlisberger has been so on-board with all of the changes going on around him, aside from the simple fact that he’s really not in a position to negotiate. There is certainly a reasonable alternative timeline in which he doesn’t even have a job right now.

He knows that the change was made with the best interests of his offense in mind—and for the offense that succeeds him when he hangs it up. He might gripe a bit about having to learn new things, or new terminology, but that’s just part of the process of learning. It’s meant to be effective, not fun.