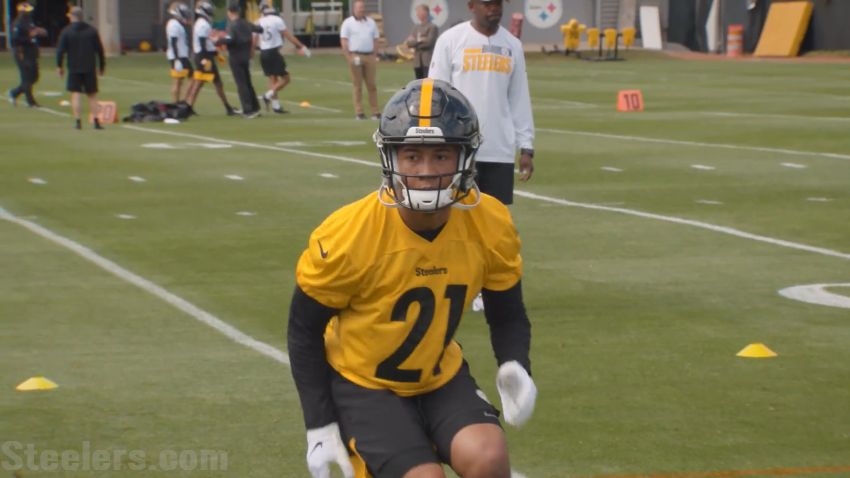 Reasoning: Working off of the post-OTA observations of Sports Illustrated’s Noah Strackbein, rookie seventh-round pick Tre Norwood was singled out as one of the players who helped themselves or have looked good thus far through the Steelers’ offseason program.

Of the nine players that the Steelers drafted earlier this year, Tre Norwood may have the most difficult path forward a spot on the 53-man roster as a seventh-round draft pick. Their other selection in the round was a punter whose competition is somebody that they already cut last year.

Opening eyes as soon as possible is the name of the game. According to Strackbein, he managed to do that during rookie minicamp and OTAs. At least, he noticed Norwood, so that’s one person.

Strackbein didn’t offer much, but did say that Norwood looks more comfortable than he should be in the defense at this stage in his career. He also noted that, as hinted at when Pittsburgh drafted him, Norwood has been playing both safety and nickel.

Oftentimes, even in the case of players who were drafted in no small part due to their versatility, teams will limit the scope of their focus to only one role to start out with to help them get a feel for working at this level. Evidently they don’t find that necessary with Norwood.

The Steelers are looking to replace two of their top three cornerbacks and their top two reserve safeties from last season, including slot defender Mike Hilton. Strackbein suggests that the search for Hilton’s replacement begins with Norwood.

He is only one of a number of options, however, including the two other cornerbacks retained from last year as depth, Justin Layne and James Pierre. Pittsburgh also signed Arthur Maulet recently, and added defensive backs such as Shakur Brown, Lamont Wade, and Mike Gilbert as college free agents. That gives the Steelers numerous options, if not household names.