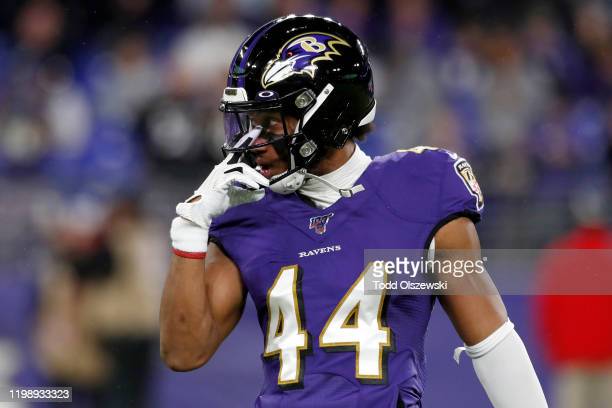 TJ Watt wasn’t the only defender in the league using the absence of fans to his advantage. Baltimore Ravens’ cornerback Marlon Humphrey said when he played the Pittsburgh Steelers last year, there were times he knew exactly what route his receiver was about to run. How? Because Ben Roethlisberger shouted it out.

Humphrey joined Bleacher Report’s Adam Lefkoe to talk about what he described as a pretty surreal experience.

“The craziest thing about this year is that we played with no fans,” Humphrey told Lefkoe. “We played the Steelers. We walk on the field and of course there’s no fans so it’s kinda quiet. I heard Big Ben say something to one of his wide receivers. And I’m listening and I’m like, ‘Is he telling him the play? Is he telling him the route to run?’ And he does it again the next play and I couldn’t believe it. I don’t know if they were in hurry-up and that’s how they’ve always done it but he was just verbally telling them. I was like, crap, I think we should be able to cover that route. That happened a few times in the game.”

Humphrey said Roethlisberger never threw his way in those situations, and it’s unclear if Humphrey alerted his teammates to what was going on. Ultimately, the Steelers found ways to win both games and Roethlisberger put up good numbers, completing well over 65% of his passes with three touchdowns to just one interception.

But the lack of fans created a unique obstacle for offenses. Defenses could hear every verbal cue called out pre-snap. With the Steelers mixing and matching a lot of young receivers, Roethlisberger made a lot of the pre-snap calls and checks. Especially in the first game after the Steelers dug themselves into a 17-7 halftime hole. The offense relied on Roethlisberger to will them back into the game, which he did, capped off by a Chase Claypool eight-yard touchdown as the winning score.

The Steelers’ predictability on offense was a running theme in 2020. In addition to Humphrey’s comments, members of the Indianapolis Colts’ defense said they were calling out plays in the first half of their game against Pittsburgh.

This is wild. Per @MikeSilver the Colts' defense was calling out plays pre-snap the Steelers were running in the 1st half. So Roethlisberger started pulling out plays they hadn't even practiced. And it worked. https://t.co/Unar8nW2Fg

Pittsburgh reportedly adjusted in the second half, mounting another comeback victory to secure the AFC North. Later in the week, however, Roethlisberger refuted the extent of those reports.

“Sometimes you even are trying to do dummy signals and saying dummy things just to make things happen or to trick other teams. There are times in that first half that we are calling things out, but once again, are we getting lucky, or do they know something? It’s hard to tell.”

The reality is having no fans in the stands made life tougher for all offenses. Even Lamar Jackson admitted defenses were doing the same to him. Maybe the Steelers were at a bigger disadvantage than others knowing how much of the offense ran through Roethlisberger, but the issue wasn’t unique to them. The good news is there should be lots of fans at Heinz Field this fall, and this problem will go away.

Check out all of Humphrey’s comments below, including a “tell” Antonio Brown had that clued defenders into knowing when the ball was getting thrown his way.