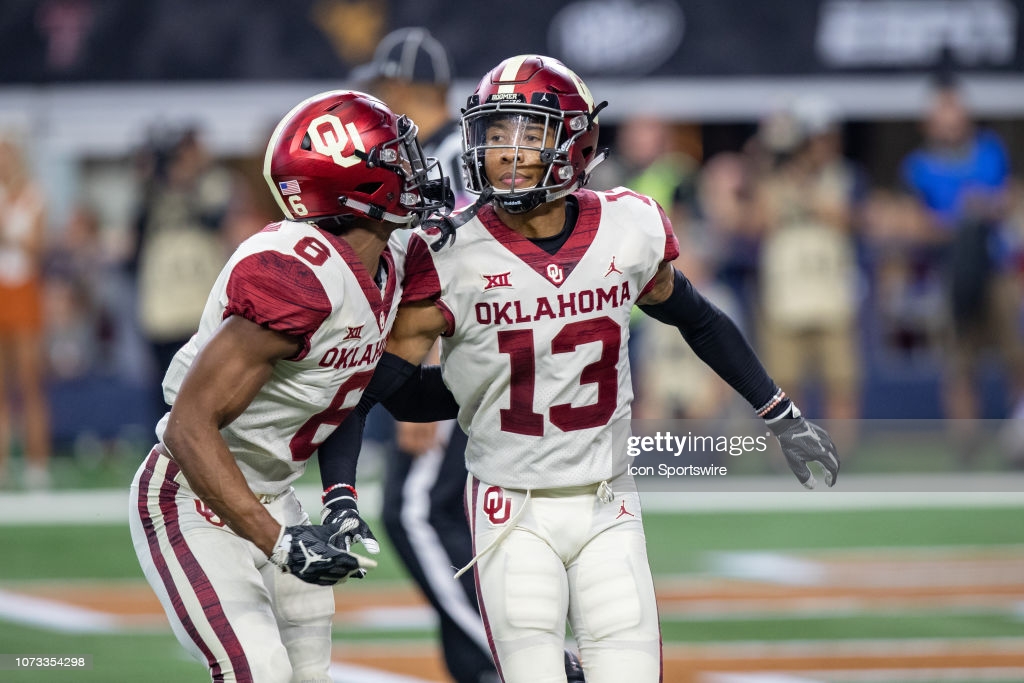 While it was known for some time that the Steelers would be able to retain both Mike Hilton and Cam Sutton, with the latter much more likely to be retained, the unanticipated cut of Steven Nelson forced Sutton into a starting role on the boundary, and left the team void of depth at the position. While it remains extremely perplexing that the team waited until the seventh round to address needs in the secondary, the selection of Oklahoma’s Tre Norwood, a versatile prospect who began his career at cornerback before suffering an ACL tear ahead of the 2019 season, and returning as a safety in 2020, finishing the season with a career high five interceptions.

While it has been reported that Norwood will begin his career as a depth safety, Coach Tomlin noted his ability to function as a “swiss army knife” player on defense, an accurate description of a player who enters the league with experience at post safety and in the box, as well as at both the boundary and slot cornerback positions. As Norwood’s versatility presents intriguing potential to both contribute in various roles a sub-package defender while also serving as much needed post safety depth behind Minkah, today, we’ll be taking a look into Norwood’s effectiveness in various roles in an attempt to predict his scheme fit and usage in Pittsburgh’s defense.

Although he’ll first have to secure a roster spot, Tre Norwood appears to have the potential to serve as the top backup to All-Pro post safety Minkah Fitzpatrick as early as next year. Playing extensively as the post safety in Cover 3 and Cover 1 schemes for the Sooners in 2020, Norwood has shown a great feel for getting to the post with efficient post snap rotations, while his experience at cornerback has made him exceptional out of his breaks, gaining ground with efficient click and close ability. Below, operating as a post safety in a Cover 1 scheme, Norwood stays controlled working to the post from a two-high shell before triggering efficiently to close on a dig, arriving with physicality to separate the receiver from the football, forcing a third and long attempt.

Potentially the most intriguing aspect of Norwood’s resume as a post safety are his natural instincts for the position, consistently showing the ability to finish the play around the ball with the ball skills to convert in tip ball situations. In both clips against Texas Tech, serving as the post safety, Norwood displays great patience in his backpedal, staying in-phase to drive on the intended receiver, showing the anticipation, coordination, and body control to convert both tip balls into turnovers. While many view tip balls interceptions as gifts, Steelers fans should know better than anyone, being constantly around the football and consistently converting opportunities to create splash plays is an inherent skill that some, namely Minkah Fitzpatrick, possess, and others, such as Terrell Edmunds, simply do not.

While Norwood’s lack of prototype size causes him to slip off larger ball carriers at times, his effort in supporting the run from his post safety slot is unquestionable. At the snap, Norwood communicates motion to the “sky” safety before working toward the post, diagnosing run immediately, flying downhill to meet the back at the line of scrimmage, yet failing to properly break down and missing the tackle. Nonetheless, Norwood’s ability to maintain outside leverage while attacking the ball carrier was enough to force a cutback into the pursuit, allowing a slew of Sooner defenders to bring the back down short of the sticks to force the turnover on downs.

Even if Norwood never develops into the “swiss army knife” sub-package contributor that the Steelers organization and myself expect, his potential to serve as the first true backup post safety the team has had since Minkah’s arrival could prove massive on its own merit. While not nearly as rangy or physical as Pittsburgh’s 24-year-old, two-time first team All-Pro safety, Norwood has great route recognition skills working from the post, is consistently in the right spot to make plays, has great ball skills, and consistently capitalizes on opportunities to create turnovers.

Tre Norwood as a Nickel Cornerback

With the team left searching for options to replace Mike Hilton’s lost Nickel snaps, Norwood will likely be given the opportunity to compete with undrafted free agent Shakur Brown to secure an early sub-package role, and keep Cam Sutton as a boundary cornerback. Norwood’s boundary experience shows in his work as a Nickel, with smooth hips and quick feet to match receivers in both press and off man coverage from the slot to go along with solid instincts and timing as a blitzer.

While his run defense, both in avoiding oncoming blockers and finishing as a tackler upon contact, should not be confused to resemble anything close to Mike Hilton’s body of work, he has improved in both areas throughout his career, and appears to be a serviceable run defender in his Nickel snaps. Below, aligned as the overhang defender to the field side, a role which both Mike Hilton and Terrell Edmunds have played extensively, Norwood comes downhill to force the quarterback to pull the ball on a designed RPO before collecting his footing and skying to secure the two-handed pass breakup.

Below against Oklahoma State, aligned five yards off with outside leverage in man converge over the slot receiver, Norwood stays patient in a shuffle technique before triggering smoothly on the out route and arriving to play through the receiver’s hands for a smooth pass breakup.

Entering the league with extensive experience as a man coverage defender in both the slot and on the boundary, Norwood has fluid hips, great patience, solid route recognition skills, and great ball skills. While he may not be the best athlete at the position, with a 4.58 40 time which is very true to his play speed, Norwood’s fluidity and experience as a man coverage defender should help him turn some heads if given the opportunity to compete for a Nickel role in camp.  Nonetheless, while Shakur Brown is likely his only competition for the Nickel spot, Cam Sutton’s inside/outside versatility allows the team to evaluate boundary prospects such as Justin Layne, James Pierre, and Mark Gilbert among others to craft the best possible sub package unit.

Tre Norwood as a Strong Safety

While it’s certainly safe to assume that Tre Norwood will not surpass entrenched starter Terrell Edmunds at the strong safety spot, his man coverage ability makes him a top candidate to replace Edmunds in the Steelers’ 3-4 Nickel package, a role which Cam Sutton filled last season. Moreover, along with serving as the Steelers’ top backup behind Minkah, Norwood’s ability to impact the game in both man and shallow zone assignments, along with intriguing ability as a blitzer, could certainly allow him to compete for the top backup spot at both safety positions. Below, serving as a deep 1/2 safety in a Cover 2 zone scheme, Norwood, aligned to the field, works to get off the hash before planting to drive on a slant, closing ground rapidly, and arriving at the catch point with violence to limit the reception to a gain of five yards.

While his man coverage ability is consistently on display in his reps as a slot defender, Norwood has shown the ability to man up tight ends and slot receivers from the safety position as well. Below against Texas, Norwood, aligned at nine-yard depth in man coverage over the H-back, follows the tight end across the formation, navigating through traffic, before closing ground and shooting low to cut down the pass catcher short of the sticks.

Although his ability to play effective man coverage from the safety position is a plus, Norwood is at his best when he can play with vision on the quarterback in shallow, underneath zone assignments. Below, rolling down as a “hook/curl” zone defender in a Cover 3 cloud scheme, Norwood approaches the line of scrimmage with patient to occupy intermediate throwing windows before breaking downhill to contest a “ball curl,” arriving at the catch point to play through the receiver’s hands and secure a third down pass breakup.

Overall, while it’s unlikely that Norwood plays extensively at strong safety if everyone remains healthy, his presence gives the team versatility to play Terrell Edmunds more frequently in the box, a role which he excelled in this past season. Moreover, with the lack of a concrete plan at Nickel corner, using Norwood in some three-safety sets could potentially be an option for the Steelers in the upcoming 2021 season. Nonetheless, it’s more than likely that Norwood’s easiest route to playing time at the position would be in limited snaps out of the 3-4 Nickel package, where he could sub in for Edmunds to provide the team with more man coverage-capable personnel while staying in a base front.