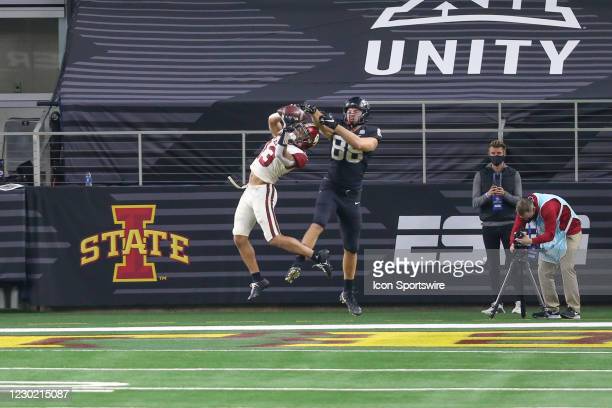 Topic Statement: Tre Norwood will be the Steelers’ nickel defender by the end of the year.

Explanation: The Steelers have an opening at the nickel position in their starting defense following the exits of Mike Hilton and Steven Nelson from the secondary. With no obvious successor, rookie seventh-round pick Tre Norwood should be thrown right into the mix to compete for an opportunity to get on the field.

These days, the Steelers prioritize ball skills, and Tre Norwood has them. Not just in simply picking off traditional interceptions, but in coming down with tips and things like that. Capitalizing on loose balls is one area last season in which the defense was deficient.

There’s also really not much else out there. Justin Layne and James Pierre both spent some time last season as emergency dime defenders, but neither are so talented that they can’t be overtaken. Norwood would profile well in a zone coverage system, or in a mixed system, and he can also cover tight ends and running backs inside.

He’s not perfect, but they don’t have a perfect solution to replacing what they’ve lost in Steven Nelson and Mike Hilton. That’s the thing to keep in mind. He also has upside after missing all of 2019 with a torn ACL to work his way back into better form. This isn’t another Gerod Holliman who was allergic to tackling. The fact that he’s far more versatile than the other options is also a feather in Norwood’s cap towards playing the nickel spot.

The first step in getting on the field is playing on special teams, and that doesn’t seem like an area in which Norwood is ready-made to contribute. Assuming that he even makes the initial 53-man roster, he might spend some time as a healthy scratch and only dress if there are injuries.

Not only do they have Layne and Pierre who have a year or two in their system and playing time, they also have a veteran in Trevor Williams who is something of a wildcard in the mix right now. They’re not going to rely on a late-round rookie if they don’t have to.