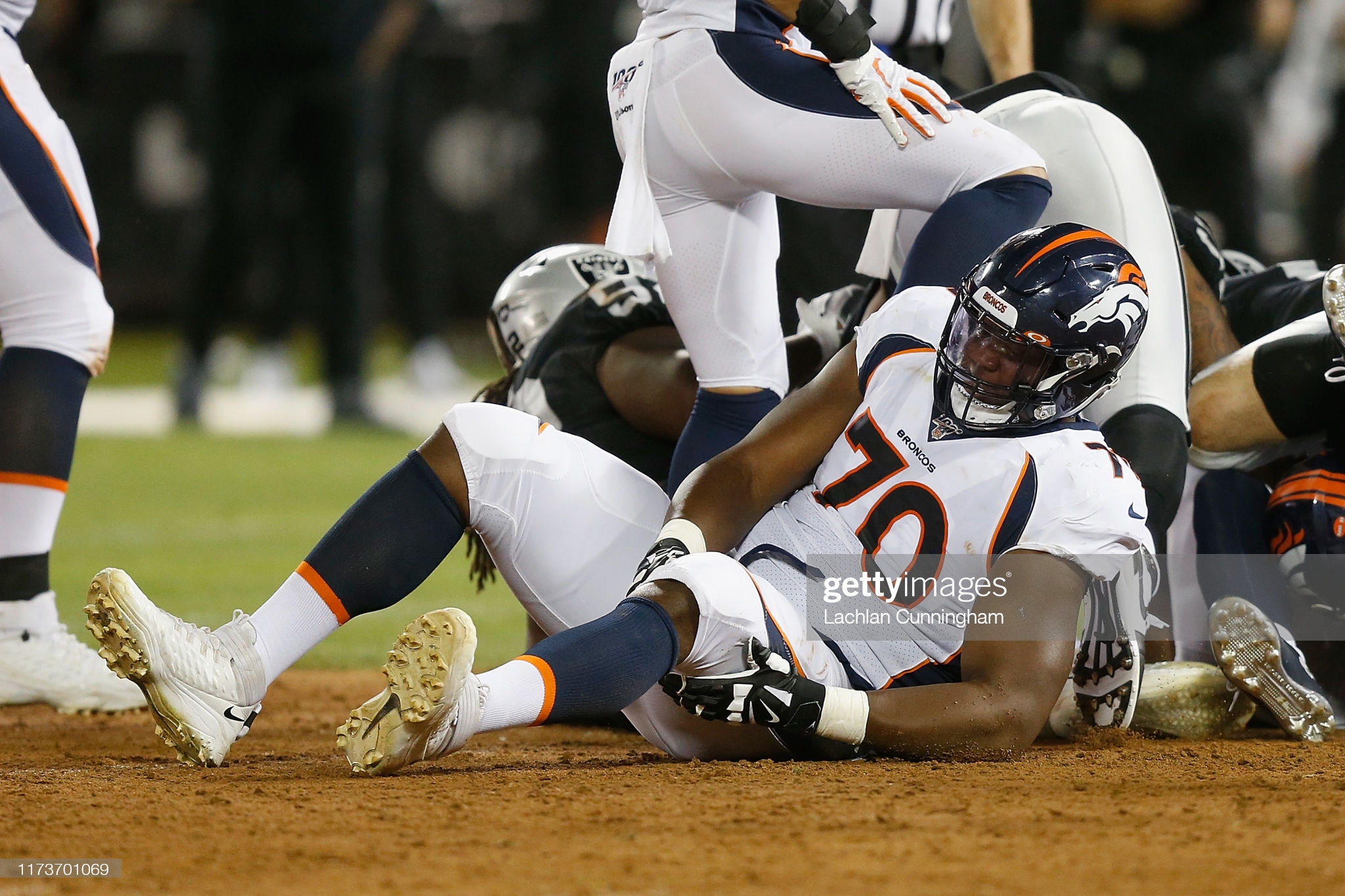 Ja’Wuan James’ season-ending off-site injury thrust himself square in the middle of a broiling controversy between his employers — the Denver Broncos and the National Football League — and his union, the NFL Players Association. I should say former employers, as the Broncos on Friday opted to release him, sparking the next chapter in the fight.

The injury came in the midst of a tug-of-war between the two parties, with the union trying to push for an end to voluntary in-person spring workouts and encouraging its members not to show up to OTAs and to train on their own.

The problem is that teams are not required to pay the salaries of players who are injured outside of the job. Even if that injury occurs on their own time while engaging in football training. James was reportedly conducting a team-recommended workout regimen with an unaffiliated trainer when he was injured.

They subsequently put him on the Non-Football Injury List, and then released him. In doing so, they were also able to void guarantees in his deal, a reminder that even ‘full’ guarantees are not truly guaranteed, as they are not protected for injury outside of a team context.

James was guaranteed $10 million in base salary this season. That is now off the books. Reports indicate that he intends to fight it. The reality is that he has very little case based on precedent and the manner in which the language is written, even if he was conducting a workout that was pre-recommended.

This has become a flashpoint in the league. The NFL sent a memo out to teams reminding them, essentially, that they do not have any obligations to pay players injured off-site, and specifically referred to James’ case. The NFLPA responded in a memo to its constituents, calling the tactic gutless and a scare tactic to try to convince players to show up to voluntary workouts so they can be protected if injured.

The reality is, it might work. Players have already acknowledged that they were watching to see how James’ situation would unfold. Watching the Broncos release him with the evident purpose of escaping the guaranteed money that he was due may well discourage some veterans from no-showing at at least some of this spring’s team events.

The manner in which it has all played out has also sparked a wider debate about what obligations, if any, teams should have to players for injuries sustained while football training outside of a team facilities. In today’s league, players are expected to be training on a year-round basis, with the majority of players paying out of their own pockets to hire trainers to work with during the offseason.

This is still work being put in for the purpose of being able to do their job, and to keep their job, and which directly benefits the teams. So is there some middle-ground compromise that the two sides could reach with respect to team accountability for off-site football-related injuries? Or will this be a matter of two sides with their heels dug in and no room to budge?