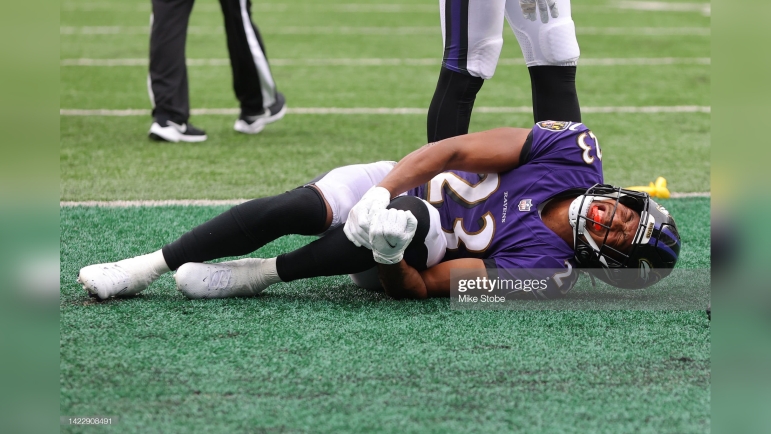 While the Pittsburgh Steelers now appear to be bracing for good news on the injury front today with outside linebacker T.J. Watt, reports last night indicating there is optimism he will not need surgery on his strained pectoral muscle, the Baltimore Ravens have not had similar luck with some of their own injured players.

Head coach John Harbaugh confirmed yesterday that two starters, tackle Ja’Wuan James and cornerback Kyle Fuller, will miss the rest of the season following injuries that they suffered during the team’s Week 1 victory over the New York Jets.

Fuller, signed as a free agent this offseason, suffered a torn ACL, Harbaugh told reporters during his Monday press conference. Fuller started in place of Marcus Peters, who is still working his way back from a torn ACL that he suffered last season and which caused him to miss the entire year; Peters, however, could play as early as next week.

James started the season opener at left tackle while the Ravens continue to wait on Ronnie Stanley, who has missed most of the past two seasons due to injury. Like Peters. Stanley is not on the Reserve/Injured nor Physically Unable to Perform List; they were simply inactive for game one because Harbaugh and the medical staff did not feel they were quite ready yet.

Even though they were filling in for injured starters, however, both were expected to continue to remain in the starting lineup. With Marlon Humphrey and Peters on the field, Fuller was going to be the Ravens’ primary nickel cornerback. James would have moved to right tackle as soon as Stanley became available.

Now Brandon Stephens, a 2021 third-round draft pick, will serve in that third corner role. He played 58 defensive snaps on Sunday in the wake of Fuller’s injury. Likewise, Morgan Moses, who started at right tackle in the opener, will now remain there once Stanley returns. If Stanley is not back on Sunday, Patrick Mekari will continue to play at left tackle.

As said, the Ravens could get Peters and Stanley back any week now, as is also the case with third-year running back J.K. Dobbins, who like Peters missed the entire 2021 season due to injury. Stanley played only in the 2021 season opener before reaggravating an injury from the previous season, so these are three talents that they have been without for an extended period of time.

No team in the NFL had worse luck on the health front than did the Ravens last season, and it finally caught up with them late in the year, going on a six-game losing streak to end the season with quarterback Lamar Jackson missing four and a half games in that span. They went from 8-3 and in competition for the number one seed to 8-9 and out of the playoffs.