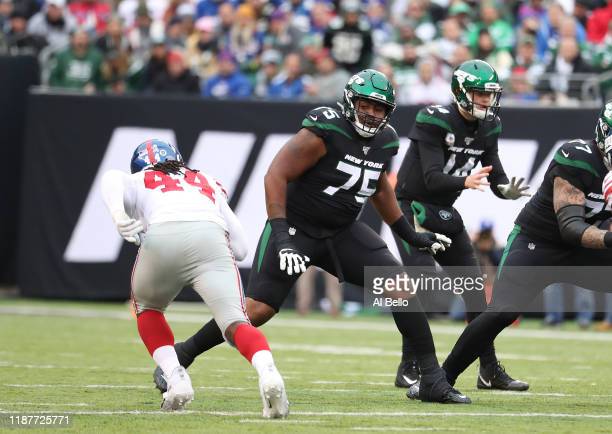 Looking at the current roster there are areas where the Steelers could be looking to add a player or two. Next up I am going to look at offensive tackles.

The starters return from the 2021 season and while the offensive line had some troubles the tackles did show consistency in play or improvement. Chukwuma Okorafor was re-signed to a three year deal. He was the steadiest of the offensive lineman last year and has started 33 of 34 games played including playoffs over the last two seasons.

Dan Moore was a mid-round pick that was not expected to start in his rookie season but when week one came he was defending Ben Roethlisberger’s blind side. Most rookies have some troubles and he was no exception especially with power rushes early on but slowly over the course of the season he showed improvement. I am looking forward to seeing his improvement in year two.

Joe Haeg was added last year and the preseason expectation was he would be the tackle eligible or third tackle on running plays and be a backup along the offensive line. That pretty much was spot on. Over the course of the season he played 307 snaps spending time at both guard and both tackle spots.

The rest of the group includes Chaz Green who spent most of the season inactive but did see four snaps on special teams over two games. Trent Scott is a new addition this year and played for Carolina last season for the current Steelers offensive line coach Pat Meyer. The Steelers also added some rookie free agents including Jake Dixon an athletic former volleyball player from Duquesne and Jordan Tucker a three year starter from North Carolina with good length but below average athleticism.

Cajuste played collegiately at West Virginia and was a three year starter mostly at left tackle. He was an All-Big 12 selections and a second team All-American.

After being drafted in the third round by New England, his professional career has not been as successful. He didn’t see the field as a rookie due to a quad injury that kept him on the non-football injury list. In 2020, he was put on injured reserve with a knee injury. In 2021, he finally got to see some action. He played 81 offensive snaps over seven games and received his first two starts of his career in weeks five and six while adding 24 snaps on special teams. He has played both tackle spots in pre-season games.

In the final year of his rookie contract and a cheap option to have on the roster, New England may choose to keep him. Wynn and Brown are penciled in as the starters. Herron has more playing experience as well as Durant who can play guard as well. Stueber was a late round pick who shows some promise as a right tackle.

Edoga is a product of USC and was a two year starter with 26 overall in his career. He spent most of his time at the right tackle position but did have two starts at left tackle. Coming out of college he was considered very athletic while being considered a better run blocker that pass protector.

A third round selection by the Jets he too is in the final year of his contract. Through three season he has played 24 games with 12 starts with his last start coming in week six of the 2020 season. He has had some injuries in his career including and MCL sprain that kept him out of five games in 2019 as well as a knee injury that put him on injured reserve for seven games.

Becton will start on the left side and Fant has been the starter at right tackle for the previous two seasons. Veteran McDermott returns as a backup and they added Mitchell who can play on either side. Senat has bounced around with several teams but could provide depth. Some preseason roster projections have Edoga as the odd man out.

James is the one of the elder statesmen of this group drafted in 2014. The former Tennessee Volunteer was a second team All-SEC player who also played in the Senior Bowl. He started and played in 49 games in college all at right tackle.

He was a first round pick by the Miami Dolphins and like his college career he started all 62 games he played. In 2019, he started three games with Denver before and MCL tear knocked him out for the rest of the season. He opted out of the 2020 season and was cut in May of 2021. He was signed by the Ravens to a two year, 9 million dollar contract but tore his Achilles in the preseason.

Stanley is the left tackle and Moses is a durable right tackle in his first season in Baltimore. Faalele is a mountain who may be the right tackle in waiting. Philips will likely start at left guard but can play tackle as well. Jones-Smith is a young tackle you may be familiar with as he played for the Pittsburgh Panthers. Age and contract could be factors here. He is due a $500,000 roster bonus and could save Baltimore about $3 million if cut. We know Pittsburgh loves former first round picks.

The former Aggie was a first team All-SEC player as well as a Walter Camp All-American in his senior season at Texas A&M. He played left tackle as a senior after playing the right side the prior season. A starter for three and half season he also was a starter at guard during his sophomore season.

The Bengals made him a first round selection in 2015 and he spent his first four seasons there with 25 starts. Over the next three years he has spent a year in Jacksonville, a year and half in Seattle and finished 2021 with the Ravens. He started just one game in 2021 in week four for Seattle. Over the past three seasons he has dealt with multiple strains that kept him out between two and five games per season. Strained areas included hamstring, pectoral, calf, biceps and thigh.

Ogbuehi has the chance to provide veteran depth in Houston but it will depend on what the younger players can show. Howard and Tunsil are the starters. Heck got a chance to make thirteen starts in 2021 and looks like the swing tackle. Deculus is a right tackle prospect with durability but average athleticism. Cunningham was a free agent addition with good size and length who needs to work on technique.

As a Florida State Seminole, Johnson was a two time All-ACC player at left tackle and was a Walter Camp All-American in his final season. He made thirty-one consecutive starts after he entered the starting lineup as a freshman. About as long as they come, has very good length with 36 inch arms.

He is another player with AFC North ties being drafted by Cleveland in the fifth round in 2017. Coming in to the league he had the look and length but need to work on technique and balance. He injured his MCL in the preseason final and spent the year on IR. He was cut by Cleveland when they signed Greg Robinson and scooped up by Houston. After bouncing on and off the roster he played in 28 games in 2019-2020 with six starts. He was cut in 2021 and spent some time with Miami before signing with the Chiefs.

Brown hasn’t gotten the contract he wanted but if he shows up to camp he will be a starter. Niang made nine starts for Kansas City and has shown promise and Christian started eight games for Houston last season. Kinnard can play guard or right tackle with a nastiness that teams love and Wanogho is someone I was very high on coming out of college with great athleticism but has had knee issues.

After starting his college career as a tight end he carved out a nice career as an offensive tackle. He was a second team ALL-AAC selection finishing with 24 consecutive starts in 33 games. He played in NFLPA Collegiate Bowl in 2018 before getting drafted. Like others on this list he has good athleticism and needed to work on balance and technique.

After being a seventh round pick of the Arizona Cardinals he spent most of the season inactive before starting six games late in the year. He finished on IR with a foot injury. In 2019, New England traded a sixth round pick for him and he appeared in 12 games over two seasons. After being waived prior to the 2021 season he was signed by New York and he appeared in 147 combined offensive and special team snaps over 12 games.

The entire Giants offensive line is in flux. They currently have seventeen linemen on the roster as the try to improve on what has been there. Thomas and the rookie Neal are the starters. Peart is best on the right side but gives them some flexibility. Gono has starting experience from his time in Atlanta.

Let’s finish up with a familiar face. Hawkins was a three year starter at LSU and skipped his senior season to enter the draft. He played and started 37 games with 25 starts at right tackle and 12 at left tackle. His positives coming out were length and footwork with work need on body control.

Pittsburgh made him a fourth round pick and he started his career on IR missing the 2016 season. He got into five games with one start in 2017 before again spending 2018 on IR. In 2019 he was traded to Tampa Bay where he spent one season before coming back to Pittsburgh in 2020 were he saw 76 offensive snaps in 13 games. In 2021, he signed with New England bust was cut before camp and didn’t play that season.

New Orleans has a solid group of tackles let by Ramczyk and promising rooking Penning. Hurst is a veteran who could be the starter or be the primary backup with experience at guard and both tackle positions. Young is in his second year out of Kentucky appearing in 10 games and Greenidge missed 2021 with an arm injury but saw playing time in 15 games in 2020. Hawkins knows how Pittsburgh operates and what would be expected of him.