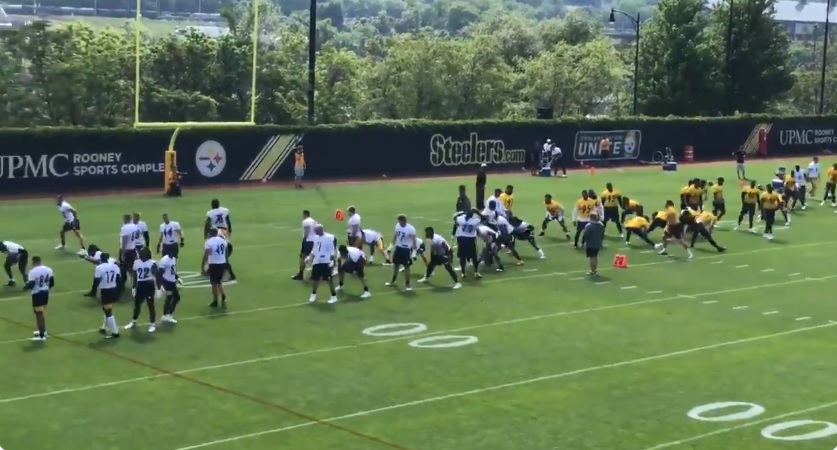 Tuesday marked the first day of OTAs for the entire Pittsburgh Steelers’ roster. Given the pandemic and the team’s April statement they would be skipping voluntary workouts, it was unclear who and how many players would attend. But the majority of the roster showed up to the UPMC Rooney Sports Complex yesterday. We’ve counted at least 64 players there, over 71% of the roster, and it’s certainly possible there were more than that.

Combing through video and photos, we’ve so far been able to identify 62 players specifically. Here’s the list. If you saw others there at Day One, let us know in the comments below.

Analysis: Certainly not the entire team and there were plenty of key starters and veterans who did not appear to attend (again, these are voluntary so players have zero obligation to show up). It was nice to see Ben Roethlisberger there, his leadership is more important than ever, and he probably wants to jumpstart the offseason after rehabbing his elbow injury last year and not having any spring workouts because of that and the pandemic. Cam Heyward’s appearance was a surprise after his public criticism of the league holding offseason activities. But it was good to see him in Pittsburgh, too.

All the draft picks attended. That’s no surprise. And the majority of the backups and futures contracts players attended as well.

The four quarterbacks on the roster attended. Important work for the backups especially Dwayne Haskins as he begins his journey with his last team. With the top receivers appearing to not be there, it was a prime opportunity for guys like Mathew Sexton, Cody White, and UDFAs Isaiah McKoy and Rico Bussey to get work and catch passes from Roethlisberger. Ditto at tight end with us not spotting Eric Ebron.

At EDGE, the only player we know was there with NFL experience is sophomore Alex Highsmith. Everyone was a rookie or first-year player with no regular season snaps. Was good to see Ulysees Gilbert III back on the field, confirming he’s recovered from his back injury though the worry is that’s a chronic issue.

Young DBs like Justin Layne, James Pierre, and the undrafted DBs with ample opportunity given that it appeared most of the starting secondary was not there for Day One.