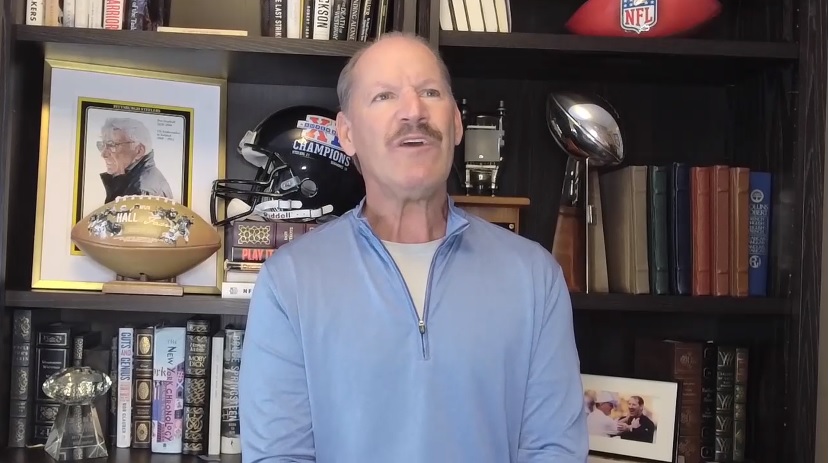 Bill Cowher was named the Pittsburgh Steelers’ head coach on January 21st, 1992. But what if he wasn’t? What if the team went in a different direction or for whatever reason, Cowher would’ve turned down the job? According to Cowher, it would’ve come down to two men. Dave Wannstedt or Joe Greene.

In an interview with CBS Studios and DJ Sixsmith, Cowher discussed his interview process.

Whoever they chose, the Steelers were looking for a hometown connection. Cowher grew up in Crafton, PA while Wannstedt played at Pitt and Greene, of course, was the cornerstone of the franchise as a player. Someone older than me can shed more light but I’ve never heard Greene was one of the three finalists to replace Chuck Noll (I’m sure at the time, it was known and reported). He served as the team’s defensive line coach from 1987 to 1991, leaving for Miami two weeks after Cowher’s hire in Pittsburgh.

Cowher said he’s not sure what convinced the Steelers to choose him. But he’s, of course, glad they did.

“The more we talked, the more we felt like there was a connection there. It wasn’t about football. It was about family. I had three young daughters at the time. And [Dan Rooney] kept asking me more about my family than he did football.”

The Steelers, to the surprise of some, named the 34-year old Cowher the successor to Chuck Noll.

“Bill is a very capable young man with the experience and intelligence to be a successful coach in the NFL,” Dan Rooney said after making the hire.

That ended up being the right call. Cowher would go on to coach the Steelers from 1992 to 2006, compiling a 149-90-1 record. He went to two Super Bowls, winning Super Bowl XL, and was named to the Pro Football Hall of Fame last year. He’ll be officially inducted this summer and presented by Dan’s son, Art II.

“I was able to live there for 15 years. With my parents being able to see my grandkids. Growing up where I grew up. It was a storybook tale. But at the same time, it was a responsibility I had. The growth I had because of the Rooney family, their core values were very family oriented. It matched with what we were trying to do raising a family.”

The Steelers’ ability to identify good football minds and great leaders is the reason why they’ve hired just three head coaches since 1969. A streak you’re unlikely to see again in this day and age of professional sports that demands immediate results.