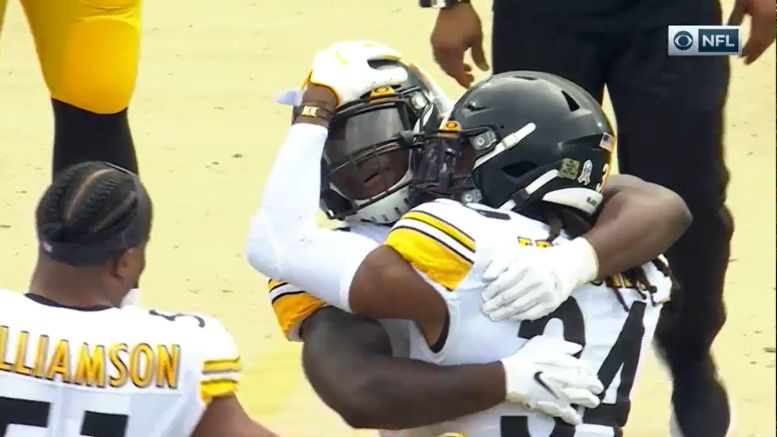 As Pittsburgh Steelers fans continue to process the team’s decision to let go of former starting cornerback Steven Nelson, those who regret the move can take solace in the knowledge that he also remains somewhat confused as to how it all happened, and put him in a situation that he never thought he would be in. But he also made it clear that he doesn’t hold it against them.

“I understand it’s a business and how that goes, how I am a cap victim. For me, it’s just using it as fuel to the fire”, he said during a recent SiriusXM radio interview. “It’s not my first transition. I came from Kansas City with fire, and when I left Kansas City, I had arguably one of the best years out of any cornerback in 2019. I do a great job of channeling that energy into positivity”.

“Let me get this on record: I have no ill will toward the Steelers,” he added. “It is what it is, can’t cry over spilt milk. They made their decision. I’m a man about it, and we move on. I wish them the best. It’s not one of those things. It’s just, I know what I’m gonna bring to the table for my next team”.

The Steelers made Nelson one of two cap casualties this offseason. The other was eight-year veteran Vince Williams, a full-time starter three of the past four seasons, with a Mark Barron-sized detour in 2019.

A third-round pick in 2017 by the Kansas City Chiefs, Nelson was a three-year starter for the team who won a Super Bowl the year after he left to join the Steelers in 2019. He signed a three-year, $25.5 million contract to start opposite Joe Haden in Pittsburgh. As he said, he really did have probably one of the best seasons of any cornerback in the league that year, not allowing a single touchdown.

While the 2020 season presented more ups and downs, he continued to play at a high level. Under normal circumstances, he almost surely would have been line for an extension this offseason with the Steelers rather than a message that he ought to seek a trading partner, or else get released.

Several days after it had been reported that the Steelers informed Nelson he would either be traded or released, he took to Twitter in seeming frustration over the situation. With no trade requests materializing, he expressed himself on Twitter. “Making a public announcement is a little out of my character, but you guys made your decision please don’t hold me hostage”, he wrote.

The Steelers acquiesced about an hour or so later. Nelson quickly shared a follow-up message expressing his love and appreciation to the city of Pittsburgh and its fans, offering “respect to a Class A organization from top down”.

Despite his own words, rumor and speculation continue to persist that there was somehow more to the story about how things went down. Nelson admits he and his agent expected to be heading into this offseason having extension talks that featured a raise. But all parties involved understand the uniqueness of this year’s cap situation. And, the tough decisions that have been made — one of them being his departure.