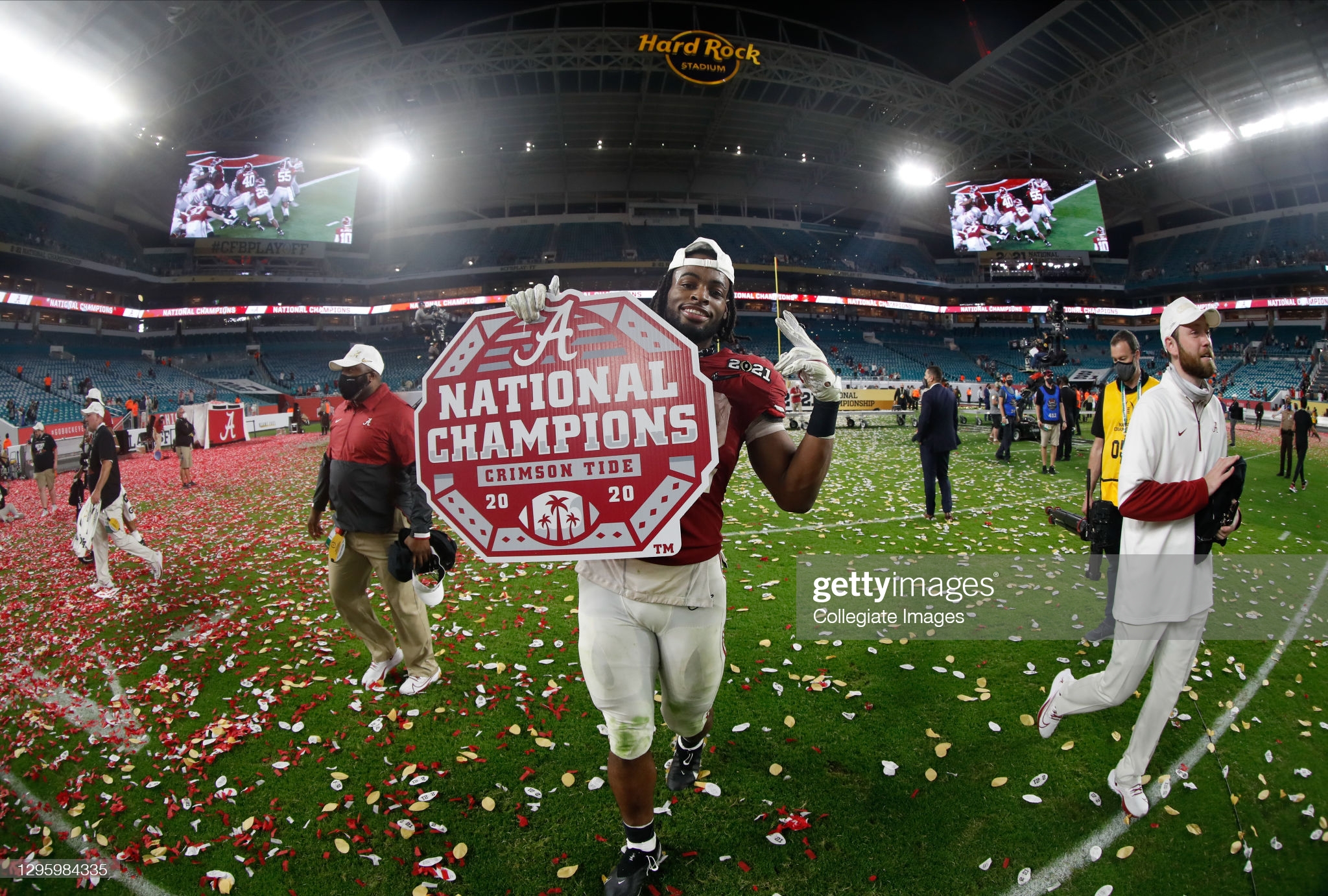 With the 24th pick in the first round of the 2021 NFL Draft, the Pittsburgh Steelers selected Alabama running back Najee Harris, making the selection that had become one of the most popular predictions leaguewide in mock drafts over the last month. Here is an introduction to the Steelers’ new starting running back.

A native of Antioch, California, Harris was the No. 1 overall prospect in the nation as a senior and a consensus five-star prospect. During his high school career, Harris received multiple All-American multiple times, the high school Running Back of the Year, and was named the California Mr. Football Player of the Year. In his career, he rushed for 7,948 yards, which is fourth-most in California history. He posted three 2,000-yard seasons, and ran for over 2,700 yards and 36 touchdowns each of his final two seasons.

Harris received over 15 offers, choosing Alabama over his other finalist, Michigan. Among his other offers were Georgia, Notre Dame, Ohio State, and Oregon.

Dodging a redshirt year, Harris contributed in every game of his freshman season in 2017 for the Crimson Tide. Alabama went 13-1 and won the College Football Championship.

Harris moved up the depth chart to the primary backup role as a sophomore in a three-player backfield, finishing 33 carries behind the team lead as three backs received 117 or more touches. Alabama returned to the College Football Championship, losing to Clemson and finishing the season 14-1.

The first season as a starter for Harris came in 2019, where he took more than twice as many carries as his backup and finished 25th in FBS in rushing yardage and 21st in rushing touchdowns. Harris was fifth on the Tide in receptions and receiving yardage, and tied for third in receiving touchdowns. Alabama went 11-2 that season, missing the playoffs and winning the Citrus Bowl.

Harris was named an honorable mention All-American after that season, and received second team ALL-SEC honors. Prior to the season beginning, Harris was selected a second team All-American. He also appeared on the Watch Lists for the Doak Walker, Maxwell, and Walter Camp Awards. After the season, Harris chose to return to Alabama. This was despite being viewed as a potential first-round pick and close to a lock for Day 2.

In his senior season after returning to school, Harris again was the dominant rusher out of the Alabama backfield. He set career-highs in carries, yards, touchdowns, receptions, and receiving yardage. He was third in FBS in rushing yards, second in carries, and had five more rushing touchdowns than the next-best player in the nation. Alabama went an undefeated 13-0, winning Harris’ second College Football Championship.

Harris and the Steelers were one of the most-linked player-team combos over the final month of build-up to the NFL Draft. He appeared as the Steelers’ selection in the majority of media mock drafts, and those produced by the staff here at Steelers Depot. Harris even received some player comparisons to former Steeler star Le’Veon Bell.

The Steelers had a strong presence at Alabama’s Pro Day. Both GM Kevin Colbert and HC Mike Tomlin attended. The Steelers’ interest was well-known. The Miami Dolphins at 18th overall and New York Jets at 23rd were viewed as the biggest obstacles to Harris reaching the Steelers. New York surprised by trading up to Minnesota’s slot at 14th overall to select USC T/G Alijah Vera-Tucker. Miami selected edge rusher Jaelen Phillips out of Miami (FL).

Harris gives Pittsburgh something it had lacked since the first two seasons of James Conner’s career: A true lead back on the roster. The rookie immediately jumps to the front of the team’s depth chart ahead of Benny Snell and Anthony McFarland. He is in line to be a true every-down, bell cow back. His running ability is the best on the roster, and he displayed his final year at Alabama that he can hold his own as a receiving back.

As expected when going against the grain in today’s league by using a first round pick on a running back, Harris is one of the leading contenders for Offensive Rookie of the Year in the 2021 season. He could even challenge for a Pro Bowl nod.