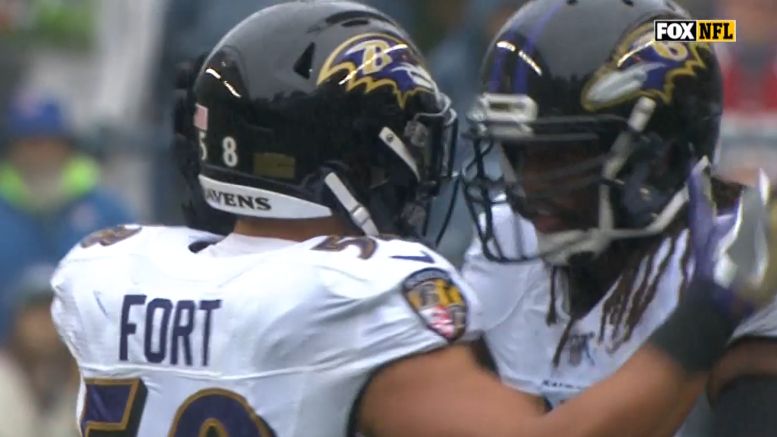 For some Pittsburgh Steelers fans, but certainly not for all, inside linebacker L.J. Fort is a bit of a ‘one that got away’ player. Especially when taken in the context of his time here, there are those who believe that he didn’t get the opportunities that he should have in terms of playing time when he was here, when there were injuries that created openings.

He spent four years in Pittsburgh before signing a modestly healthy contract in free agency with the Philadelphia Eagles in 2019. That didn’t last long, released within the first year of the deal, but he’s since caught on with the Baltimore Ravens, playing in 26 games and starting 16.

The Ravens officially announced last week that they have re-signed Fort, who started eight of 14 games last season for the team, registering a career-high 53 tackles with a forced fumble, two recoveries, and a touchdown scored. His previously deal originally included an option year that the team chose not to pick up earlier this offseason, but then re-signed him, inevitably for less money. He was due $2.25 million.

Still, while the team is bringing him back, he would at best be in competition for a starting job. Baltimore used two high draft picks at inside linebacker just last year, including first-rounder Patrick Queen, who was a day-one starter. Malik Harrison was added in the third round, and he started six games, putting up 44 tackles. The majority of those starts came in the second half of the season.

Harrison is likely to win the full-time starting job this year, but it’s not a guarantee, and even if Fort should fail to lose out on that role, he would provide quality depth—no doubt better than what the Steelers currently have behind Devin Bush and Robert Spillane.

Now, I don’t know that a player like L.J. Fort is ever going to make or break anybody’s season. That’s of course not what I’m saying. Still, I think he deserves credit for the career that he has been able to carve out for himself since coming out of Northern Iowa all the way back in 2012.

That’s right, he’s been around in the league for nearly a decade now, though a lot of that time in between was spent on practice squads (he first hit unrestricted free agency in 2019 when he signed with the Eagles, and thus now has six total accrued seasons.

He also holds the distinction of having been a member of every organization in the AFC North. Originally signed by the Cleveland Browns, he played all 16 games his rookie year, one starting. He spent a brief period of time with the Cincinnati Bengals in 2013, though did not dress for a game.

Then, of course, he wound up with the Steelers by 2015, and that proved to be, to date, his longest professional relationship of four years. He played in 44 games in Pittsburgh, but with just two starts.

Following Ryan Shazier’s injury in 2017, and after it in 2018, many Steelers fans questioned why Fort wasn’t being given more opportunities to play. He no doubt asked those same questions. He’s since gotten those opportunities in Baltimore, logging 635 defensive snaps in a year and a half.