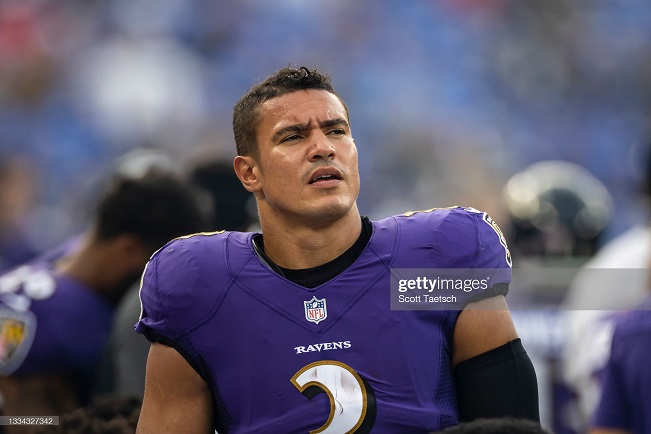 The Baltimore Ravens have lost linebacker L.J. Fort for the remainder of the season as the former member of the Pittsburgh Steelers suffered a torn ACL Saturday against the Carolina Panthers, according to multiple reports on Sunday.

Fort reportedly limped off the field in the second quarter of the Ravens Saturday game against the Panthers and never returned to the contest.

“I haven’t heard a final thing yet; I have to say unfortunately it does not look good from what I was told during the game,” Ravens head coach John Harbaugh said after the game. “I think it got stuck in that Astroturf out there unfortunately.

“L.J.’s been playing great, practicing great, he’s been leading our guys. He’s in the weight room every morning at 5:30. It’s going to be an unfortunate injury for him if that’s what it turns out to be.”

Fort’s loss will be a big one for the Ravens to overcome, as that now means that second-year linebacker Malik Harrison will need to play a bigger role in 2021. Fort played more defensive snaps last season than Harrison did. Fort was also the Ravens’ best inside linebacker in coverage in 2020.

Fort also contributed a lot for the Ravens on special teams so that’s another phase of the game they’ll miss the linebacker in.

Fort is in his third season with the Ravens after being signed as a free agent early in the 2019 season. He was with the Steelers from 2015 to 2018 and played in 44 total regular season  games during that span of years.