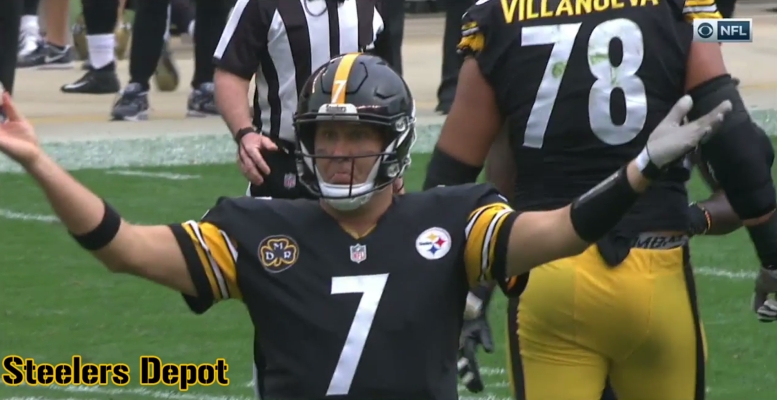 No team is perfect. They all make mistakes. There literally isn’t a team in the league that hasn’t had a non-winning season in the past decade, now that the Tom Brady-deprived New England Patriots have finally joined that club with their 7-9 season in 2020.

Sometimes, your biggest mistakes are about the changes you don’t make. Pro Football Focus—and many fans—believe that is where the Pittsburgh Steelers whiffed in a big way this offseason, with their decision not to move on yet from 18th-year veteran quarterback Ben Roethlisberger.

After returning from major elbow surgery on his throwing arm from 2019, Roethlisberger made it through a full season healthy, at least as far as his arm goes. He did bang up his knee, but nothing that required any cleanup procedures.

He also managed to throw 33 touchdowns with just 10 interceptions, which is a very respectable ratio. But he also averaged just 6.3 yards per pass attempt, and we all know the rest of the story, because we’ve been talking about it for half a year.

The biggest issue, though, is that the Steelers seemed to have a formula for the passing game that worked for about half of the season. Then defenses started playing the short, quick passes more aggressively and disrupting the script. And then they started losing. It’s questionable whether or not they can adjust. Anthony Treash writes:

The Steelers were faced with a tough decision this offseason. They could either cut ties with 17-year starter Ben Roethlisberger, who just turned 39 years old, or they could restructure his contract and give him one last ride in 2021. Pittsburgh opted to do the latter, and that is not a good thing.

There were signs of Big Ben declining back in 2018 when he earned a 75.2 passing grade, and he looked rough in his lone start in 2019 before suffering a season-ending elbow injury. Last season, the decline became more apparent. He had just one game with a PFF grade above 80.0 on the year and finished the season with a 69.0 mark (24th). His downfield passing was inconsistent, as he produced the sixth-worst uncatchable pass rate when targeting the sticks.

Mind you, Roethlisberger set franchise records in 2018 with 452 completions on 675 pass attempts for 5129 yards and 34 touchdowns, against 16 interceptions. Those are some monster numbers, and the team did got 9-6-1, which is not really a disaster (it’s a winning percentage of .594).

A lot of Steelers fan—a lot of them—agree with the analysis that it’s a mistake not to move on from Roethlisberger, reasoning that they are past the point where they could win a Super Bowl with him, so they are only delaying the future, and wasting a year of some of their star players like T.J. Watt, by postponing the inevitable.