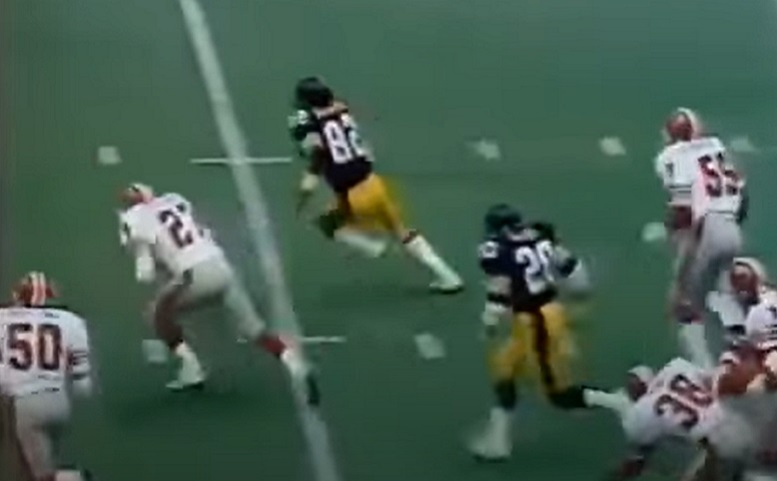 There is a famous story about how Hall of Fame wide receiver John Stallworth came to be a member of the Pittsburgh Steelers — and how he was available in the fourth round. Part of the greatest single draft class of all time in 1974, Stallworth came out of a low-profile HBCU in Alabama A&M, which has only ever produced 18 NFL players and 12 draft picks, of which he is the second-highest.

He probably would have been higher had it not been for Steelers super-scout Bill Nunn, who had decades of inside connections with HBCUs through his All-America lists in the Pittsburgh Courier. As the legend has it, Nunn told Stallworth to run a second 40 time after he ran his first in the rain, sticking around specifically to run this second 40 at which no other team was present.

USA Today journalist Jarrett Bell, in an article for the Steelers’ website, claims that, to this day, Stallworth still does not know the time that he ran. Perhaps nobody living knows. Perhaps it’s something that Nunn took to his grave.

But it worked out for all involved, either way. Stallworth went on to have a 14-year NFL career with the Steelers, making it into the Hall of Fame, and owning four Super Bowl rings, with three Pro Bowls and two All-Pro nods. Oh, and he is also a minority owner of the team today.

Perhaps others did know, though. There are other tales about the Steelers’ war room on draft day. Chuck Noll kept wanting to pull the trigger and draft Stallworth, so confident was he in Nunn’s reading on the player. But Nunn told him to hold. They could get him later. They got him in the fourth round, and helped build the foundation of a dynastic offense.

As readers surely know, the late Steelers assistant personnel director and longtime scout will be posthumously enshrined as a member of the 2020 class of the Pro Football Hall of Fame later this year. The COVID-19 pandemic delayed his enshrinement last year.

He is the first black contributor to ever make it into the Hall of Fame, and is unquestionably deserving for the pivotal role that he played in building not just a dynasty, arguably the first of the modern era, but also drafting (or even signing as college free agents) a number of Hall of Famers.

It’s really fitting that Donnie Shell, perhaps the player with whom he is most associated, and who fortunately is still among us, gets to go into the Hall of Fame with Nunn. Pittsburgh signed Shell as a college free agent after the 1974 draft class that produced Hall of Famers Lynn Swann, Jack Lambert, Mike Webster, and the aforementioned Stallworth.

He never had to fudge Shell’s numbers in order for the Steelers to get Shell, though as I have previously written about, he did say that it was Nunn who convinced him to sign with Pittsburgh rather than the Denver Broncos, who the year before drafted one of his close friends from his alma mater, the HBCU of South Carolina State (which also produced Javon Hargrave).