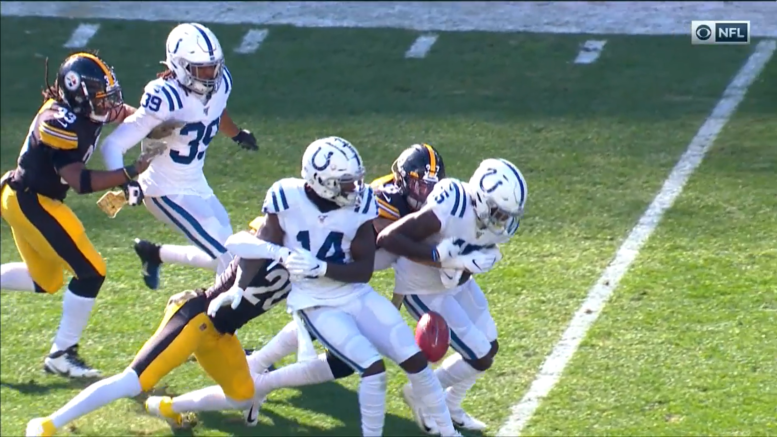 Explanation: Somewhat on and off, Jordan Dangerfield has been with the Steelers for what is frankly coming close to a decade. He has been on the 53-man roster for the past three seasons, and has four accrued seasons altogether. The depth at safety is thin after losing Sean Davis, and Dangerfield is a core special teamer.

It’s quite possible that the Steelers have been keeping it from Danny Smith that Jordan Dangerfield is not currently on the 53-man roster. It’s actually unclear why he’s not. He wouldn’t be expensive to sign, and they need safeties.

Behind Minkah Fitzpatrick and Terrell Edmunds, literally all they have right now at the position is Antoine Brooks Jr., a second-year, sixth-round pick whom Kevin Colbert described as half a linebacker, and John Battle, a former undrafted free agent from the practice squad.

While Dangerfield hasn’t played much on defense in recent years, he has in the past, and would be part of the depth chart. He’s also such an important part of what they do on special teams — and he’s also good on it, in contrast to some other high-volume players — that it wouldn’t make much sense to part with such an affordable player.

The Steelers brought in Karl Joseph for a free agent visit earlier this offseason. While they didn’t sign him — he ended up returning to the Raiders, who originally drafted him — it shows that they are looking to go in a different direction at safety.

With Brooks at one backup position, they also need somebody who profiles better as capable of playing free safety. Dangerfield is more of a box defender. It is a virtual certainty that they will attempt to exhaust most other avenues of addressing the position before calling upon him again.

Would their intention be otherwise, he would have been brought back a while ago. There would be no reason for the delay. At the very least, they’ll try to add a draft pick here. And they do have Miles Killebrew, who has safety experience. Even if they appear to be treating him as a linebacker.