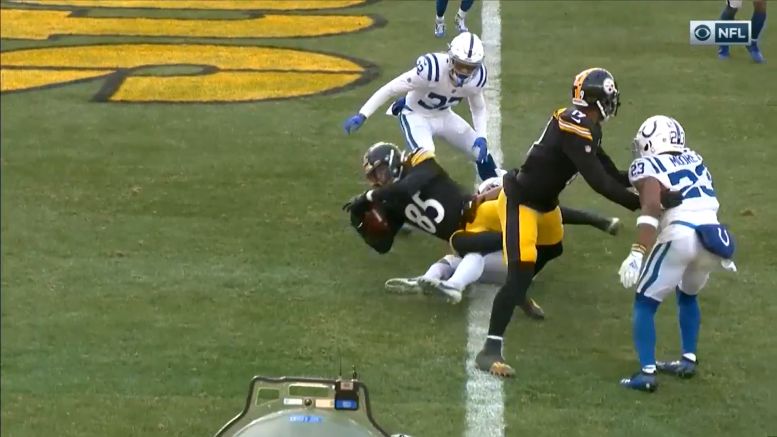 Topic Statement: Eric Ebron will play for the Steelers in 2022.

Explanation: The Steelers signed tight end Eric Ebron to a two-year, $12 million contract in 2020. He posted the expected receiving output last season, and the team opted not to release him this offseason. They restructured his deal instead to spread out the cap hit by adding four void years, committing future money (whether he’s on the team or not) against the cap for him.

Ebron is always going to be Ebron. His compensation is commensurate with his production, which is that of a solid receiving tight end. The New Jersey native, who just turned 28, still has plenty of football left in him. But he’s also never going to command a premium price because of his limitations.

And that’s why the Steelers can afford him. If he was a blocker, if he didn’t drop balls, he would have never made it to Pittsburgh in the first place. But he does enough as an offensive weapon that justifies his salary and makes him worth sticking around. He’s reliable for 400-plus yards and four-plus touchdowns a year, with some key conversions along the way. (And some frustrating drops).

Whoever else the team adds this offseason, whether a veteran or a rookie, is going to be cheap. If the Steelers sign Ebron to an extension before his deal voids, the cap hit can continue to be spread out over the next four years, as well.

If the Steelers really liked Ebron, they could have given him an extension that wasn’t all void years. They could have done a one-year extension, and tacked on three more void years to spread out the cap hit. They didn’t because they’re not sure about him.

But he’s been the same player throughout his career, albeit with varying levels of production and health. He’s never going to catch 13 touchdowns again. Their plan will be to draft a tight end who can be their number one guy by next season.