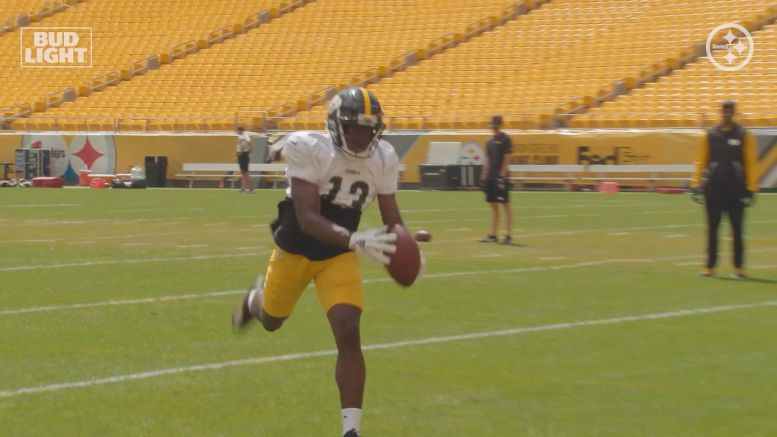 Reasoning: The re-signing of JuJu Smith-Schuster ensures that James Washington will play a significantly less-prominent role in what is a contract year for him in 2021.

The Steelers have drafted high at the wide receiver position in each of the past four years. By now, the top guy should have cycled out via free agency. That would have been JuJu Smith-Schuster. Multiple other teams gave him better offers, but he opted to play out a ‘prove it’ contract at home.

That’s bad news for James Washington, and any prospects that he has of making some money for himself in 2022. Not only will he remain stuck behind Smith-Schuster and Chase Claypool, and one would imagine Diontae Johnson as well, he will now be competing with Smith-Schuster in free agency a year from now. (Along with all the other wide receivers who took one-year deals.)

So not only is he being faced with the prospect of remaining in a reduced role on offense, he is going to face a more robust wide receiver free agent class when he hits the open market than would normally be the case, due to all of the one-year deals.

Washington played a career-low 486 snaps last season for the Steelers. He caught 30 passes on only 56 targets for 392 yards and five touchdowns. While he was able to get into the end zone more than he had in the past, he will have even fewer opportunities this season barring unforeseen circumstances.

Had Smith-Schuster taken one of those other deals, Washington would have immediately leapt into the clear number three receiver role. He would have been expected to see some 700-odd snaps and anywhere between 80 and 100 targets, with the opportunity to put up career numbers. It would take injuries for him to have that opportunity now.