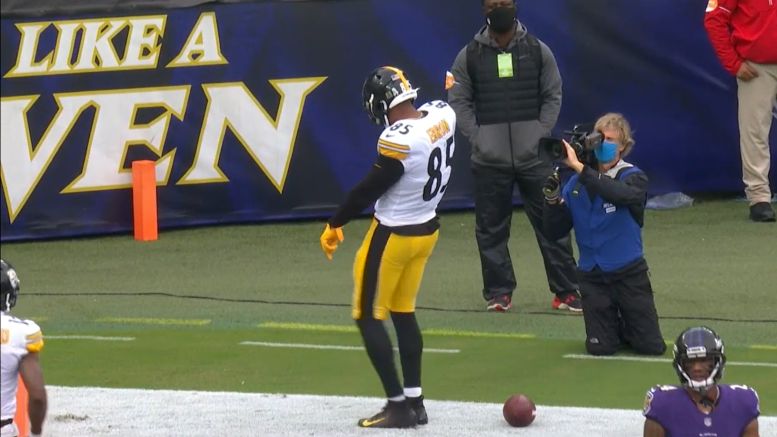 Eric Ebron: Last year’s major free agent acquisition, Ebron proved to be exactly what was on the tin he came in: A playmaking, non-blocking tight end who will frustrate you with dropped balls but also make clutch and impressive catches. Here’s to a little more consistency in 2021.

Zach Gentry: Gentry is off scholarship now after basically redshirting for the past two seasons as a former quarterback convert. A fifth-round pick in 2019, he has spent almost his entire career as a healthy scratch, except when there have been injuries.

Kevin Rader: Rader is becoming a practice squad veteran at this point. But with the current state of the position, he could move up to the 53-man roster, where he spent a very brief period of time last season after an injury to Gentry. He displayed some special teams abilities, which will curry favor with Danny Smith.

Charles Jones: The ‘veteran’ of the back-end players, Jones once spent four games in 2019 active for the Dolphins, catching one pass. He spent some time on Pittsburgh’s practice squad last year as a former college free agent out of Tulane.

Dax Raymond: Another former undrafted free agent, Pittsburgh originally signed Raymond in July, but waived him injured in late August. They signed him to a Reserve/Future contract after the season was over, showing continued interested in him.

There have been no changes to the Steelers’ tight end depth chart since the beginning of free agency, when last we went over the roster position by position. This of course does not account for the retirement of Vance McDonald, which happened earlier in the offseason.

Given the state of the position, it is a necessity that the team addresses tight end. Perhaps from multiple angles. Many still expect them to add a veteran tight end like Jesse James. But we could also see them target a tight end high in the draft — basically anybody but Kyle Pitts, long gone by 24th overall.

Penn State’s Pat Freiermuth is a name mentioned a lot, and the Steelers clearly like him. But he seems more like an early second round player, in between where Pittsburgh drafts. They would either have to reach for him in the first round, hope he slides in the second, or move around to get him, either up from the second or down from the first.

Of course, they could make any number of moves in the draft related to tight end. They haven’t drafted one earlier than the fifth round since 2007. History isn’t exactly in favor of them making a major move this route. But trends always get broken eventually.