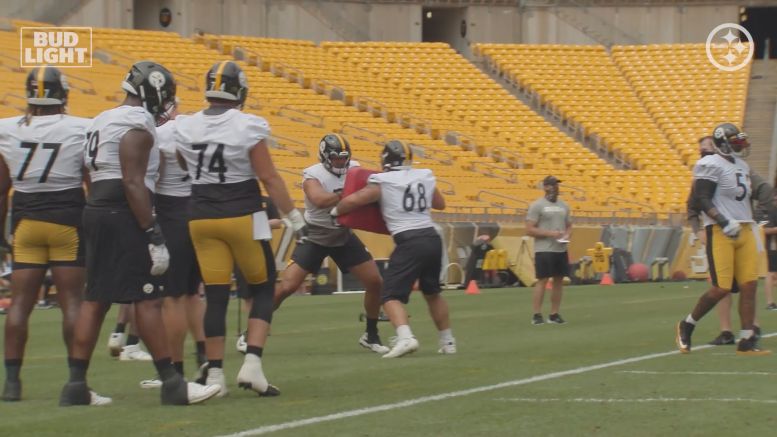 Jarron Jones, a Notre Dame product, was one of several players that the Pittsburgh Steelers signed to their 90-man roster from XFL teams after their season was torpedoed by the Covid-19 pandemic, after which the league subsequently folded.

Some of those players are still with the team, and Jones is one of them. He spent (almost) the entire 2020 season on the practice squad, but was moved to the Practice Squad/Injured List at the end of December with what I believe was an undisclosed injury. To the best of my knowledge, there have never been any reports of a surgery needed, so I presume that he is healthy.

A former defensive lineman, Jones was a convert to the offensive side of the ball, which is not uncommon for the position. it isn’t unusual even for the Steelers. Brian Mihalik is another young tackle who was previously strictly a defender.

Unfortunately, the most notable thing for Jones to date in his professional career is the fact that he was arrested for aggravated assault. And I’m not dumping on him by any means. It’s literally the first Google result I get when I search his name.

The arrest, which came against some rather concerning charges that included strangulation of his partner, came in October, but the Steelers never took any action against him. Since then, there has never been any follow-up of any kind on the matter.

Assuming it stays that way, he figures to be back in training camp this year looking to compete for a roster spot, if not on the 53-man roster, then at least back on the practice squad.