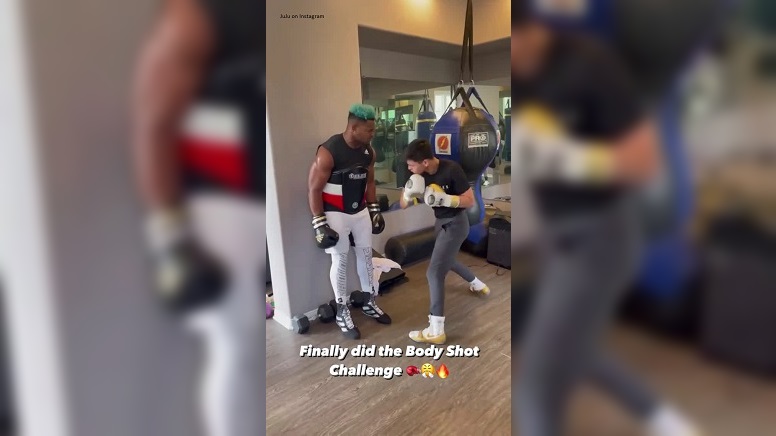 Pittsburgh Steelers wide receiver JuJu Smith-Schuster is scheduled to hit free agency two weeks from today but in the meantime, he’s having someone hit him.

According to his latest Instagram post on Wednesday, Smith-Schuster’s offseason training has now escalated to include him taking shots to the body from professional boxer Ryan Garcia. Smith-Schuster claims he’s taking some sort of a body shot challenge. Better him than me.

Smith-Schuster has had quite the week this week as the Steelers wide receiver and soon-to-be unrestricted free agent posted an Instagram video of him playing tug of war with a lion at an animal preserve or zoo somewhere. He’s also played with monkeys and snakes this past week, according to his social medias accounts. Let’s just say that he is having a wild, yet entertaining, offseason so far.

We’ll now wait and see if Smith-Schuster will be taking any shots from opposing defenses while wearing a different uniform in 2021. He wants to return to the Steelers this offseason but the team’s salary cap situation might not allow for that to happen.