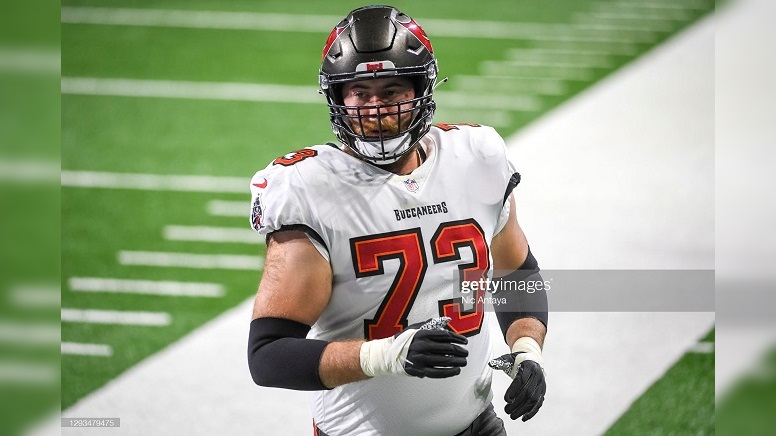 The Pittsburgh Steelers are busy on this Saturday signing free agents as not only have they signed special teams ace Miles Killebrew, they haver also reportedly agreed to terms with guard/tackle Joe Haeg, formerly of the Tampa Bay Buccaneers last season.

Haeg, who played college football at North Dakota State, was drafted by the Indianapolis Colts in the fifth round (155th overall) of the 2016 NFL Draft.

To date, Haeg has played in 67 regular season games with 38 starts.

Haeg was used mostly as a jumbo tight end last season with the Buccaneers. He played about 50 snaps at left guard in one game as well. He is a versatile lineman and has seemingly played both tackle and guard spots since being drafted.

Haeg was the Buccaneers offensive lineman that dropped the pass from quarterback Tom Brady in the Super Bowl this past year.

As a rookie in 2016, Haeg started 14-of-15 games at three difference positions for the Colts.

On tape, Haeg seems to be better tackle than he is a guard. His best position, however, seems to be as an eligible tight end and that’s likely what the Steelers main plan is for him. He sort of has a Matt Feiler feel to him.

Joe Haeg is the one who dropped that pass in the Super Bowl #Steelers pic.twitter.com/GJt7tbbSul